Didsbury is a fine old part of the world. It’s often referred to in somewhat sneering tones as “leafy Didsbury” because, well, it’s a particularly leafy suburb of Manchester. Today the RHS Britain in Bloom judges came and inspected the little village where I’ve spent my entire life.

Last year the judges were very pleased with the efforts of our local team of dedicated green-fingered volunteers, so much so Didsbury won gold. As far as I’m aware the judges look around the village at the planters and displays, taking in the Jubilee Gardens on the corner near Cafe Nero and then make their way down the road where we live, because (and I say this without a hint of smugness, honest) it’s a very pretty road, it has a small green at the top, it overlooks fields and leads down to the river. It’s very nearly countryside, nearly.

Today the sun shone. The road had been swept. Plants watered and deadheaded, it looked beautiful, so out came my camera to capture the moment. So for your floral pleasure may I present Didsbury in Bloom 2014: Ford lane. 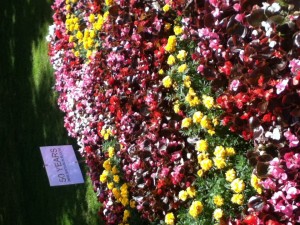 This year celebrates 50 years of the RHS Britain in Bloom competition, hence the rather stunning display on the green. 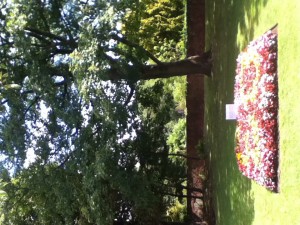 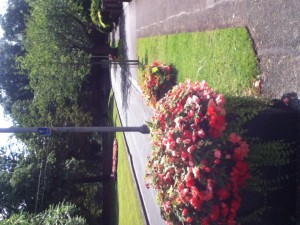 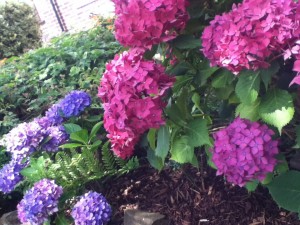 As a resident, I’d like to thank all the volunteers who work so hard to make Didsbury beautiful year round, but especially for occasions like this. Fingers crossed we do well again this year!