The animated kids film Sheep and Wolves was released on DVD this week. Set in a magical faraway land, this animated family adventure shows what it’s really like to be a wolf in sheep’s clothing.

When a lovable wolf named Grey is magically transformed into a ram after taking a mysterious potion, he is forced to overcome his fears in order to regain the trust of the pack and its most beautiful she-wolf, Bianca. But how can he do that when all he has are three days, two horns and four hooves?

Sheep and Wolves is a really engaging story. It’s colourful, the animation is great with fantastic attention to detail; the fur on the wolves is especially well done. It’s rated PG, so it’s probably not great for very young children, but it was right on the mark for my 7 year old. Even better, there was no toilet humour, which makes a nice change; most kids films have a million fart jokes I can do without these days.

With a running time of just 81 minutes, parts of this film do seem a little rushed. There could be a little more character development in places, but this is a minor niggle from an adult perspective. It’s an all’s well that ends well tale which will entertain and engage children, especially if they love wolves!

Sheep and Wolves is available on DVD now! 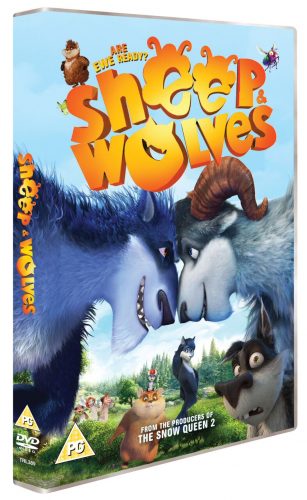