My broken heart just really needs a big cuddle right now and I need to learn how to do that for myself.

It’s been three weeks now since my dad died. I’d been doing pretty well until last week, keeping strong and ploughing on. I’ve been outwardly cheery and strong to the point where you’d think nothing of any consequence had happened in my life.

The first couple of weeks after someone dies you’re busy. You’ve got stuff to do, people to talk to, arrangements to make. Then it all stops and the world carries on without you.

Last week the world quietly took itself off pause and carried on and I crumbled. I crumbled and touched the edge of the abyss and I scared myself. Last week there was time and space for me to open the door a little bit on my grief. I shone a light inside and saw that my heart was broken. I have an utterly broken heart.

I don’t know how to mend my broken heart. Everyone says that time is a healer. I’ve been quoted three months to get over the shock, one year to get through the first tranche of painful anniversary memories and three years to get over it properly. I’m taking it one day at a time and for the record I don’t think I’ll ever get over it.

I am excellent at compartmentalising things. I put little lumps of feelings, painful experiences, whatever, in boxes in my mind and when I’m feeling strong enough I take one down off the shelf and look inside. Sometimes I have a rummage about and wonder what the fuss was about, sometimes I slam the lid shut for it never to be opened again.

I think this is a box that will become very well worn over time. I’ll take it down, open it a bit, deal with whatever pain and sorrow I can and then close it and put it back where it come from. I also know the box next to it on the shelf contains a whole load of really wonderful, special memories of my dad too. I’ll try and open that box and share its contents as much as I can too. 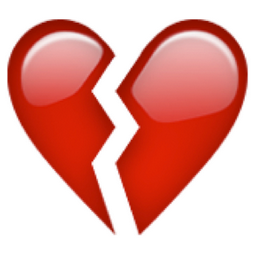 I’ve always been the strong one, the one with the good career, fairly good salary and in many respects the wearer of the trousers. It was a role which suited me just fine, every ship needs a Captain and I wore the Captain’s hat with style and aplomb. That was until I swapped it for my Mummy hat and my husband had to help steer the ship himself.

I recently read an interesting article where a man talked about how his wife’s caesarean made her a total badass. I shared it with him and we talked a little about the traumatic birth of our son and his swift arrival via an emergency caesarean. It occurred to me that seeing me at my most vulnerable; naked and frightened, screaming for help, being cut open to have our child wrenched from my body made him see me in a different light. Did my husband lose respect for me after I gave birth?

I think before I became a Mum he saw me as strong, and I had been strong for us both, but now I had to be strong for our son first and us as a couple second. I was hormonal and weepy and I’d never been a Mum before, so everything was new and I was totally winging it, we were winging it together. I was also wrestling with undiagnosed PTSD which made me anxious, vulnerable and hyper vigilant. A storm was brewing inside me and I could no longer steer our ship effectively.

I wasn’t the high functioning girl in love with her career anymore. I was an exhausted first time mum, struggling physically and mentally. I’d made and nurtured our tiny perfect son but in the process I’d changed and I’d probably lost his respect.

He denies losing respect for me following the birth of our child, but what’s clear is that something has changed, there’s been a significant shift in our dynamic. I’m no longer able to play the role of leader and breadwinner, but instead fulfil the role of Mother and carer. To me they are equally important roles, but to others they are somehow lesser and not as deserving of respect and status.

I’d always thought that giving birth would give me a badge of honour worthy of respect. It’s a rite of passage which can be natural and beautiful, but equally it can be traumatic and bloody. Experiencing that and seeing me go through the birthing process should be worthy of respect, but it showed me up to be the vulnerable human that I am, and that changed things. 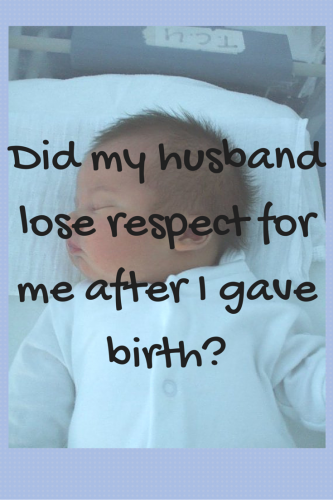