Having lived in Manchester all my life, I felt I probably knew most of the hidden gems and worst kept secrets of my city. This week I discovered a Tudor secret, hidden in plain sight, surrounded by modern houses, apartment blocks and industrial buildings – Ordsall Hall is the most stunning Tudor building I’ve ever seen and it’s tucked away near Salford Quays. On Wednesday I took a good friend (an Austen fanatic) to see Pride and Prejudice at Ordsall Hall. 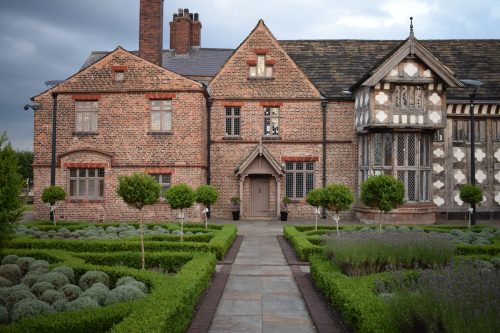 This summer, Ordsall Hall is hosting a number of outdoor theatre productions and thankfully the weather seems to be behaving itself, so all you need is a folding chair and a cardigan for when the sun goes down. Ordsall Hall provides a wonderful backdrop to productions like Pride and Prejudice. It is incredibly beautiful and it’s worth turning up a little bit early so you can have a look around before the performance begins. 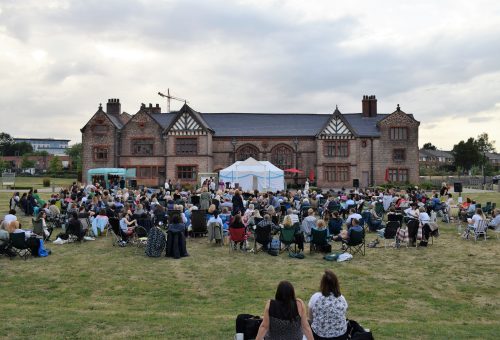 We arrived a little late due to a confused satnav and a full car park, but we eventually settled down in our camping chairs a few minutes before the performance began. The five actors were mingling and chatting with the audience, which was a nice touch as somehow outdoor theatre seems a little bit more intimate and this made it more so. Heartbreak Productions are experts in outdoor theatre, spending their summer touring up and down the country.

Pride and Prejudice is the incredibly well known tale of the Bennet sisters, a host of charming young bachelors and of course the dashing Mr Darcy. All of the many roles were performed by a troop of just five actors who seamlessly managed to portray this large cast of characters with a simple change in posture or a different hat. It was marvellous, it really was. 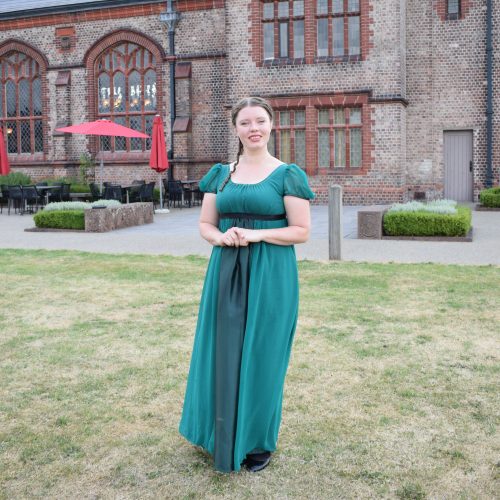 We were gripped by this story, told on a simple stage by very talented actors with the exceptionally lovely backdrop of Ordsall Hall. They had the audience stood up, learning to curtsy and bow, and we learned a simple dance. It was all great fun and I now feel well prepared to enter Georgian polite society.

Experiencing Pride and Prejudice at Ordsall Hall was a wonderful experience. It was a delightful evening of comedy, romance, and some will-they-won’t-they. But we all know they will, eventually. 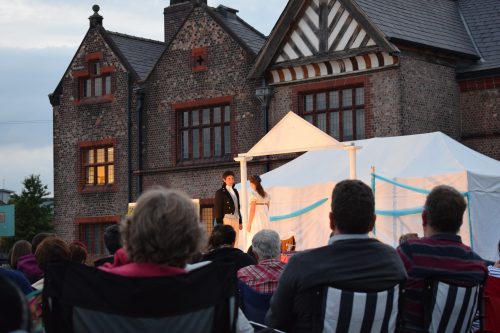 Disclaimer: We were invited guests of Ordsall Hall and we were gifted tickets to see Pride and Prejudice in exchange for this review. All images and opinions are our own.