Half term is once again upon us and I find myself scrabbling round for things to occupy the boy. Taking him to the theatre is always a bit of a treat, he loves The Lowry at Salford Quays,  apart from the actual productions we see, there’s lots to see and do around abouts. This half term The Lowry are entertaining kids with a stage production of the Julia Donaldson favourite, Stick Man. 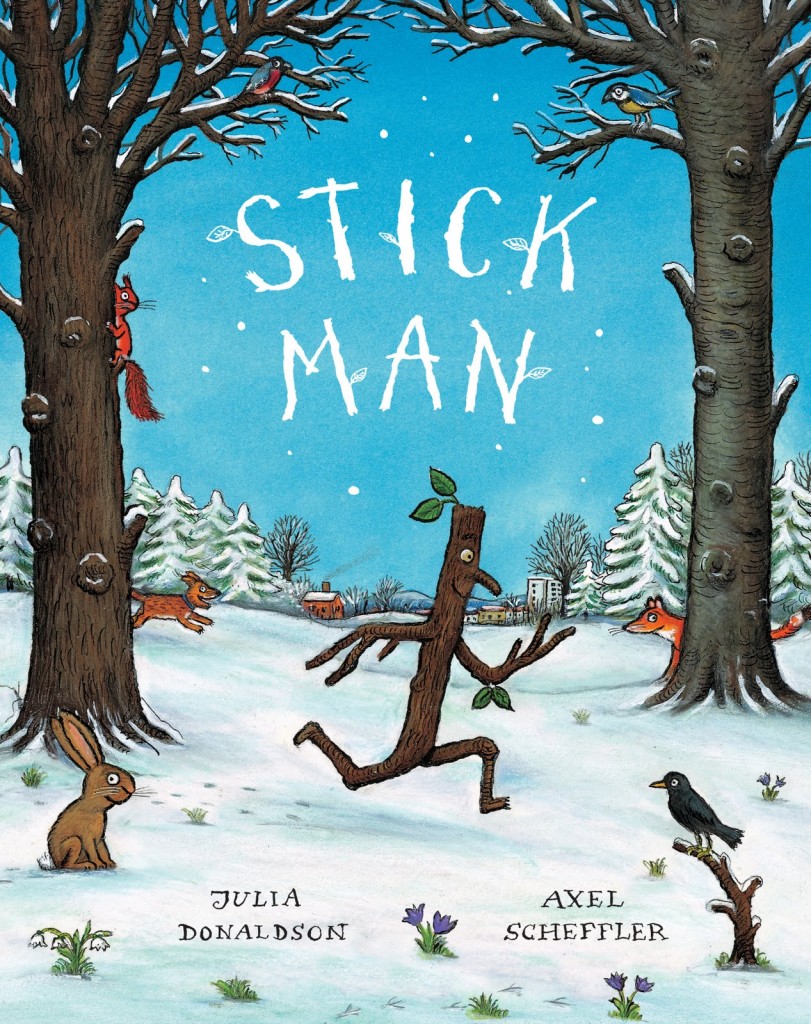 Stick Man (currently on a UK tour) is suitable for children aged 3+. The Scamp Theatre production lasts for around an hour and there’s plenty to keep the little ones entertained. The show is filled with music, song and a spot of beach ball audience participation.

The Julia Donaldson story is a favourite of ours and I did worry a little about how they were going to make a stick lifelike and entertaining. In the event one actor portrayed Stick Man and also held a Stick Man stick, it worked and we were invested in the trials and tribulations of our stick hero!

The cast of three actors are lively and engaging, one actor plays Stick Man, a sprightly actress plays his “Stick Lady love” as well as a host of other characters such as the dog, and the last actor also plays a range of other characters and (and this is the interesting bit) he had a little musical station covered in instruments including drums, bells, a ukulele and a saxophone which he plays to help tell the story.

There was lots of lively audience engagement, a few cheeky laughs and the children all seemed really interested and engaged. The small boy liked the dog taking the stick the best, but was also transfixed with the array of instruments that were being played. It was a lovely way to spend a bit of half term time, especially as we went for a little walk afterwards and had another look around the Blue Peter Garden.

Stick Man is well worth a visit, even Julia Donaldson says so!