In my son’s school the boys fall into two tribes, the football tribe and the superhero tribe. My son dips into both of them, but at heart he loves superheroes the best. Father and son are cut from the same cloth and they both just love superheroes (me too, but no one ever asks who my favourite is). Ask my son for his top three and they will always be Spider-man, Hunk and Thor. Who are your favourites?

This week we’ve been playing with the new Marvel Thor Figurine from Schleich. This new figurine looks exactly like the character in the new Thor: Ragnarok film which is in cinemas from 27th October. 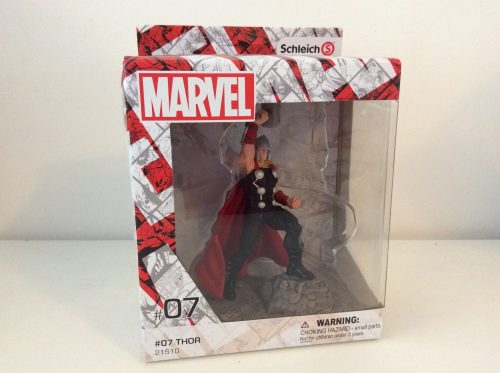 The figurine is so realistic looking. He’s been hand-painted and the modelling is so detailed, right down to his piercing blue eyes! The detail on him is fantastic which makes him ideal if you’re recreating scenes from the film in the comfort of your own home.

He’s a reasonably tall figure, standing at 18.5 x 14 x 8.5cm, and he’s made from plastic. The Thor figure, like others in the range is priced at around £10 and is suitable for children aged 4+. 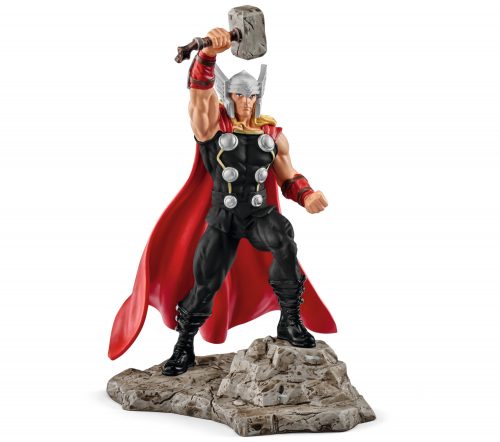 Other figures in the Schleich Marvel range include –

Thor just seems to be getting more and more popular, especially with the release of the latest Thor film in October. For Marvel fans, big or small this would make a really lovely Christmas present. The Schleich Marvel figures would be really great to collect or just to play with. The detailing is so good though that I can see these being really sought after collectors items in a few years.

The Thor Figurine and the other figures in the range are available from www.schleich-s.co.uk as well as from a range of other retailers including Amazon. 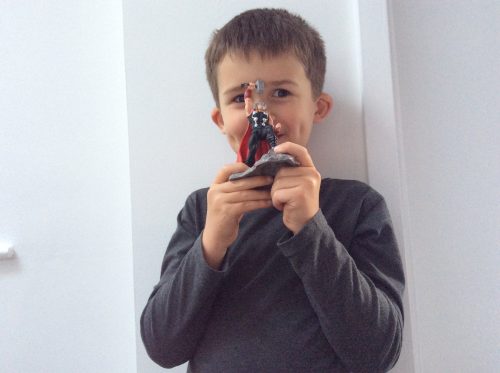 We were sent the Thor Figurine from Schleich Marvel for review purposes. All opinions are our own. This post contains an Amazon affiliate link.

Like Loading...
This entry was posted in Toys and tagged Marvel, Schleich, Thor, Thor Figurine, Thor: Ragnarok. Bookmark the permalink.