This month I’ve been tinkering about with Easter crafts. I loved making my Easter Bunny Bunting, but after consulting with my son, he suggested making a birds nest with some birds in it. He loves topping up the bird feeders and watching the birds in the garden, so making a little next for him to enjoy indoors seemed a nice idea.

I explored a few different options for making the nest, but eventually decided on making one out of brown paper. Like all of my crafts, this is really easy and I think it looks pretty cute. My son is pretty happy with the result too. 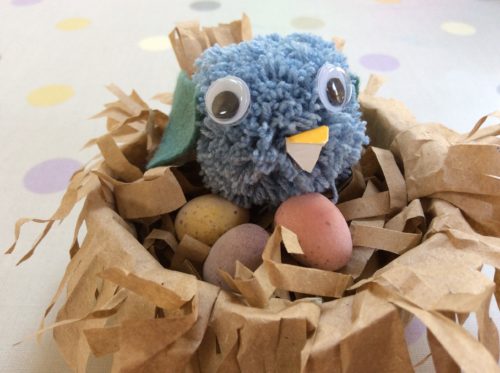 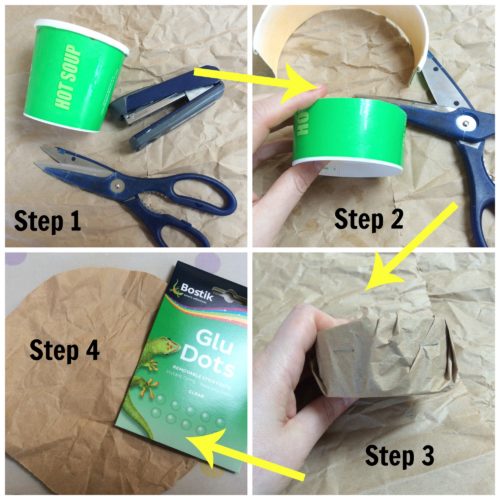 Method:
Take your takeaway soup container and cut it down to a height you like, mine was about 4cm deep.

Take the brown paper (my brown paper was leftover packing from a parcel I’d received) and fold it roughly over the container and staple into place. It doesn’t matter if it’s not neat as you want it to look a bit rough, like a birds nest.

With another piece of brown paper, cut it into a circle which is approx 10cm wider than your container. Using the Bostik Glu Dots, stick the paper inside the container, pressing it into the inside edges and over the side. Cut a fringe into the overlapping paper so it looks like twigs sticking out from the nest.

Shred with some scissors some more brown paper to make a comfy nest base for your birds. 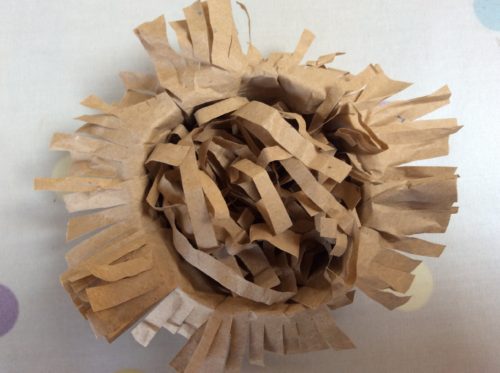 You will need:
Wool
A pom pom maker, or your own homemade cardboard pom pom maker
Googly eyes
Orange paper for the beak
Scissors
Some felt for the wings
Bostik Glu Dots

Method:
Make your pom pom bird as big or as small as you want (if you’re not sure how to make pom poms, there’s a video you can watch here).

Using the Bostik Glu Dots, glue a pair of googly eyes on your bird. Cut out a small beak shape of your orange or yellow card and glue the beak on too.

Cut out two wing shapes out of your felt material. I cut two curvy triangular shapes and stuck those to the side of the pom pom bird to give it its wings.

Once you’re happy with your pom pom bird, pop it in the nest and you’ve finished. I added a few mini eggs to keep it company, but I doubt they’ll last for long. 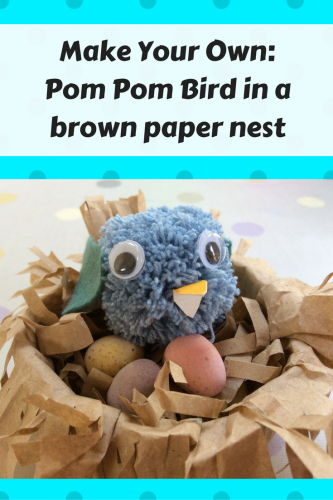