After months of longing, summer seemed to happen almost overnight here. We went from a diet of hearty stews and stick-to-your-ribs meals, to light and breezy salads almost overnight. It always seems like a handbrake turn change of pace, the change from winter to summer eating; so I’ve been quietly noting what we’ve been eating over the last few weeks and made a list of our favourite summer meals.

Catering to such a picky household can be a bit of a chore. I’m a lactose intolerant veggie and the boy is quite capable of eating several large portions of his favourites in one sitting. He is however pretty picky about what he will eat and quite definite about what he won’t. We try to strike a balance between not eating pasta with pesto every night, and offering fairly healthy balanced meals.

Over the last month or so I’ve jotted down my meal plans on my phone. There were some big hits, such as the veggie chilli nachos which I’ve made several times due to popular demand. Veggie chilli is also excellent for sneaking extra veg into a slightly reluctant 10 year old. He’s also discovered the delights of spinach and ricotta, so we’ve had that a few times too.

He’s also stepped up his martial arts training, so needs a good protein boost on his training days, so prawns are a winner; plus they are so quick and easy to throw together with a heap of chopped cucumber, peppers and sweetcorn. 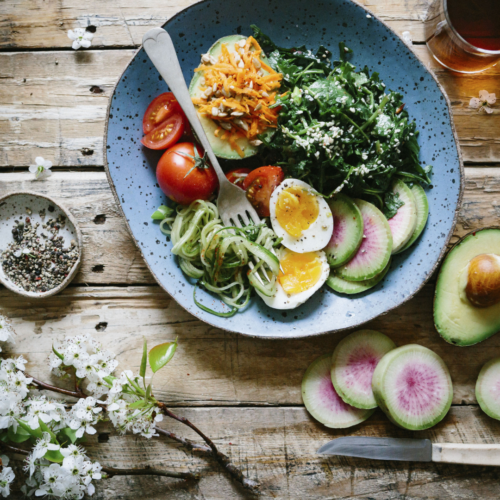 I’ve been trying to eat slightly fewer carbs, so we’ve been having tortilla pizzas on evenings when I’m short of time and cooking inspo. A swirl of sundried tomato paste, a scattering of cheese and some extra pepperoni for the boy. They take ten minutes and they go down a storm.

24 Summer Meals For your family

Of course, my menu isn’t entirely without stodge. We can’t exist on salady bits alone, but they’re all lighter and generally quicker meals which we all enjoy.

As for dessert, steamed puddings are out of the window and we are loving making and eating giant bowls of fruit salads which are such a healthy and colourful way to round off a family meal.

What are your favourite summer meals? Please comment below with your suggestions. 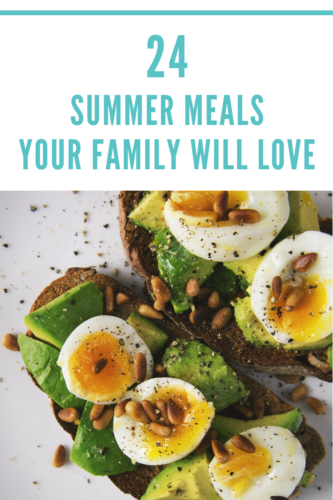