On Friday I had a quick pint with some friends, which turned into about 80 double bourbons and ended in the wearing of comedy stick on moustaches. It’s fair to say that when I rolled out of bed on Saturday morning I wasn’t full of the joys of spring.

There was nothing else for it, the only cure was hair of the dog and as many poached eggs as I could feasibly manage. So I arranged to go for brunch with the usually gorgeous and effervescent Liz from Things To Do in Manchester, sadly due to the 80 bourbons the night before, she was slightly less effervescent than usual.

Together we stumbled into The Alchemist in Spinningfields like something from the zombie version of Sex and the City (I’m Miranda, natch). We met a couple of friends there and settled down to peruse the menu. The waitress immediately sensed damsels in distress and furnished us with large, icy glasses of tap water, she kept them coming too as we were knocking them back quicker than the bourbons which had got us into that state in the first place.

Liz went for the steak and hash browns which was served with two pretty special looking fried eggs on top. Me being veggie went for their only veggie option the Eggs Florentine (though I am told you can ask them to rustle up a veggie version of the other breakfast items). Our chums ordered the American (waffles, bacon, sausage, eggs and maple syrup) and Eggs Royale.

To drink I opted for a brunch cocktail, the Breakfast at Tiffany’s, a delightful and deceptively boozy tipple made from marmalade, gin, cointreau and lemon juice. Liz, wearing her best sensible face went for the Passionfruit and pineapple smoothie.

My cocktail was a breakfast delight, full on boozy, but tasting like it should be thick cut and spread on toast. The smoothie we both agreed was the most perfect hangover cure ever concocted. I’m not generally keen on smoothies but this hit the spot so perfectly I had to order my own.

Our lovely brunchables arrived. Liz’s massive slab of perfectly cooked steak drew much oohing and aahing from around the table. Served with little hash browns and a couple of fried eggs it did look amazing. It obviously has magical healing powers too as she looked almost human by the time she’d cleared her plate.

As for my Eggs Florentine, it’s no secret I’d happily marry anyone who gave me a perfectly cooked poached egg and I was given two, do I hear wedding bells? Presented on a hot slate, were two perfectly runny poached eggs nestled atop some wilted spinach on a toasted English muffin, all smothered with buttery hollandaise. It was exactly what I needed and could happily have eaten it all again the second I’d finished. 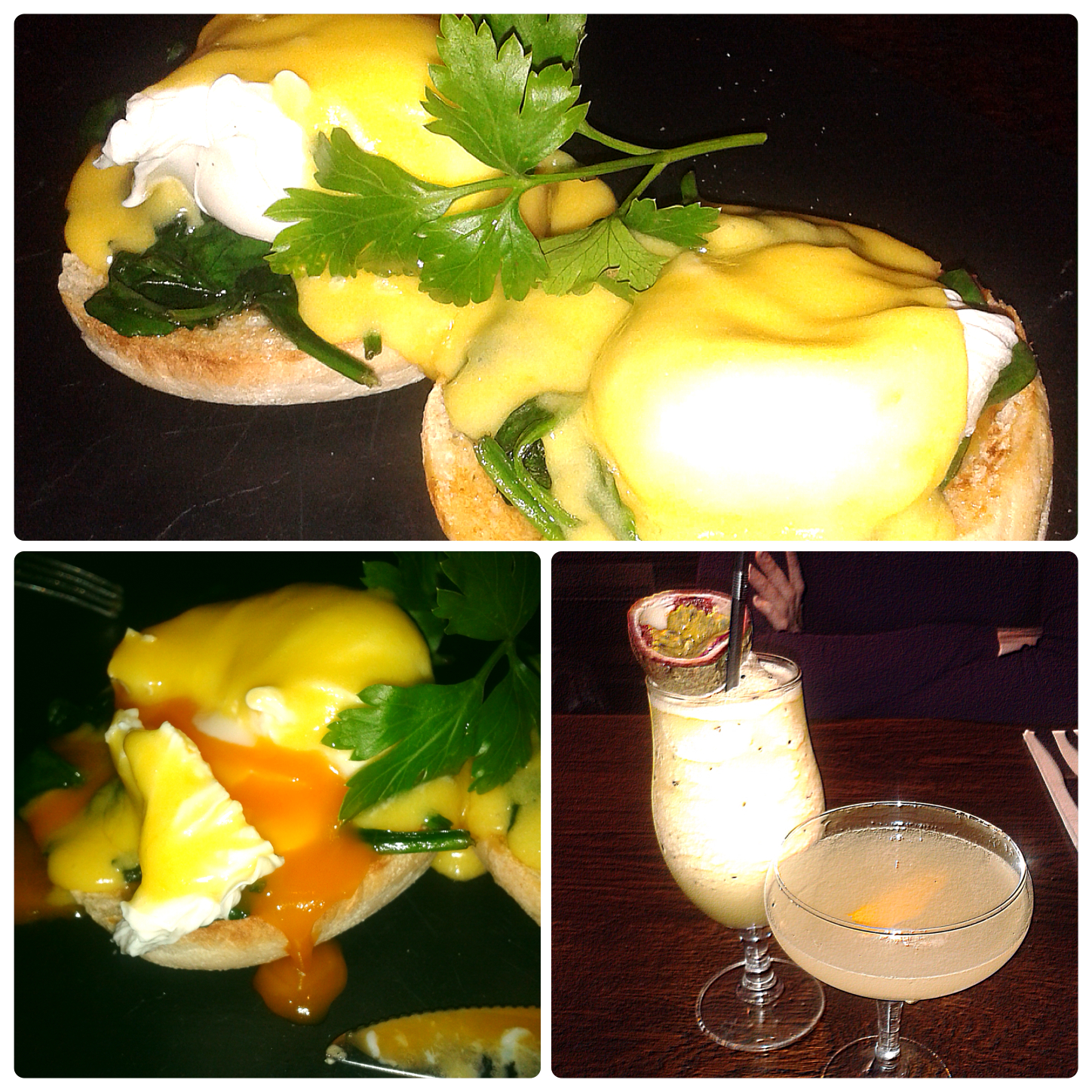 I liked the laid back brunch vibe at The Alchemist, there was a real mix of people, the staff were busy and attentive and the food was as good a breakfast as I’m ever likely to have. In fact the hollandaise was the best I’ve ever had, pretty darn perfect. It’s probably fair to say that brunch at the Alchemist worked it’s magic on our hangovers.

Disclaimer: We dined as guests of The Alchemist and were not asked to pay for any of our food or drink. It was all yummy though.

2 thoughts on “A Bewitching Breakfast at The Alchemist”