Yoga is a beautiful thing, something I used to really enjoy but can no longer do, which is a shame. When I was invited to the OM Yoga Show Manchester I really wanted to go but thought it’d be better if someone who would really appreciate it went in my place. My very lovely friend Naseema who LOVES yoga spent a day at the show and wrote this wonderful guest post for me – thanks Naseema!

I visited the OM Yoga Show last weekend as an attempt to learn more about Yoga and its practice since I am a little bit of a budding yogi myself. I had a preconception that this event only included professional yoga teachers doing headstands and handstands but much to my amazement I felt right at home. 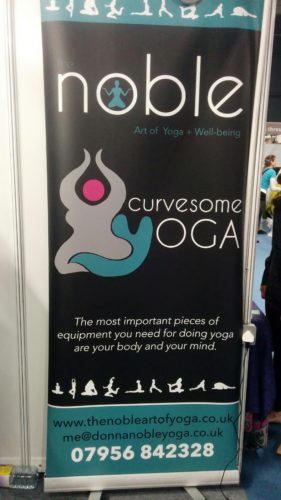 I met different yoga teachers who were based around the UK and in Manchester. One to note is Donna Noble who started her practice encouraging individuals of all shapes and sizes to get involved in yoga. Her aim is to create a powerful and open yoga practice where all genders and different fitness levels can feel welcomed in her class. Even though she is based in London she was still able to spread her message at the OM Yoga Show Manchester and even lead her own lotus open class on Curvesome Yoga. I would recommend visiting her website to hear the stories of women who are transforming themselves in their yoga journey. You can find out more on Donna’s website.

Other exhibitors which were at the show included Dru Yoga, Meditation and Ayurveda, Yogacampus, Yoga mama, Sports yoga, Santosa Yoga and Meditation, Boxing Yoga, The Yoga Bank, the YogaLife Project to name just a few. One aspect that I really enjoyed the most was the section specifically for kids and the integration of toddlers into the practice of yoga. Yoga groups such as Relax Kids and Yoga Bears gave me information on meditation techniques specifically for kids and kids’ yoga. They combined mindful games and storytelling with stretching exercises, breathing, massage as well as positive affirmations. There were also classes specifically for children which seemed very popular. 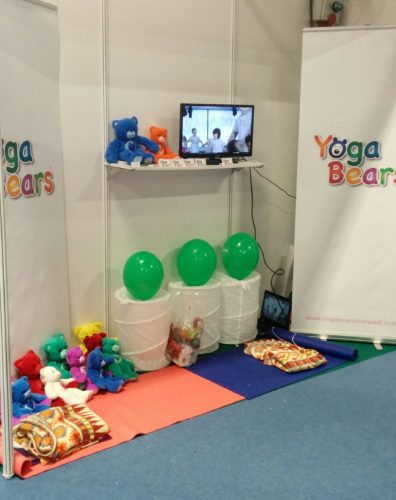 The yoga show also had a selection of vegetarian and vegan hot and cold food, snacks and beverages both hot and cold. The Detox Yogi tea definitely was my favourite with its ayurvedic blend of liquorice, dandelion and cinnamon. My other food favourite was Urban Fruit with their gently baked fruit with no added sugar. I also purchased an all natural Whey Isolate Protein powder from She Protein. This product is aimed for women who workout and need a protein supplement as part of their healthy lifestyle. 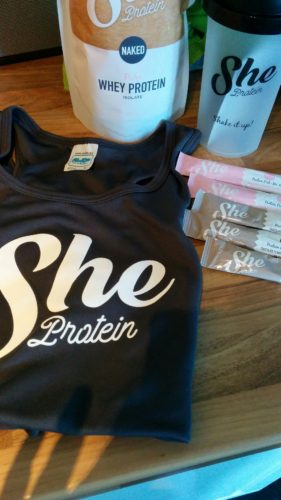 Yoga merchandise was also on sale. Yoga mats were at very reasonable prices. Yoga clothing was also sold by Tiger Lilly clothing, Yoga Goodies, Pul Sera, The Power of Greyskull to name a few. Accessories were also sold in various booths all of them handmade and holistic inspired. The yoga workshops were extremely popular and cost around £5 per session. Each workshop differed vastly and can include one workshop on Yoga Nidra to another workshop on Boxing Yoga. There were also free open classes by various yoga teachers which were suitable for all levels and were on a first come first served basis. 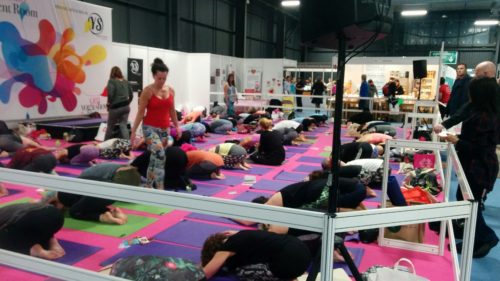 I really enjoyed visiting the OM Yoga Show and I will definitely be visiting it again in 2017. If you missed out on the show in Manchester, the London show is on the 21st, 22nd and 23rd October! My advice is to get there early and enjoy the positive vibes!

You can find out more about the OM Yoga Show Manchester on their website.