Most people will look back on 2016 and remember it for the sheer number of notable celebrity deaths. The year began with Bowie and Alan Rickman fans in bits, and went out with us saying a sad goodbye to Carrie Fisher and George Michael. For some of us, for me, we’ve lost someone incredibly important in our own lives. In my case it was my Dad.

For me 2016 began with a high. I was determined to make this whole blogging thing a success and to build on the previous few years of hard work. January began well with a blog post in the style of a school newsletter going a little bit viral. So I rolled my sleeves up and prepared to get cracking with life. Life however had different plans.

It’s hard to write a retrospective of a year like 2016. My Dad died at the end of June and my brain has almost completely deleted everything before that date, and everything after just feels a bit funny.

I’ve just scrolled back through my Instagram feed to refresh my memory and it looks like the first half of 2016 was lovely and lively. I took up crafting in earnest, attended a gin festival, won a holiday to Majorca, went to Blog Camp with a heavily pregnant friend (I binge watched Call the Midwife beforehand just in case). We had a holiday in Devon, trips to festivals, I ate and made a lot of good food and I bought a fancy camera.

Then my Dad died. 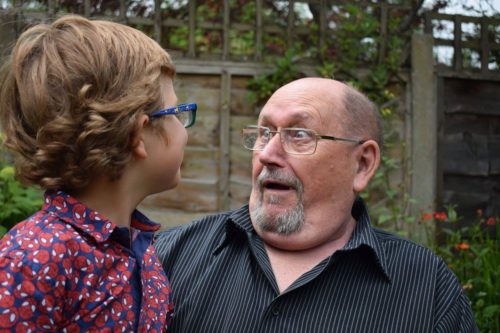 And I wrote a bunch of posts about grief and how I was coping. I don’t know how I coped, but I had to. I went into myself for a good few months, my Instagram feed definitely reflects that, just the occasional photo of something I baked or something we did.

My blogging was the same. For all the reviews and write ups I do, I try (and will try harder) to make my blog a reflection of my life. The fact that there were no truly personal blog posts for months is only because I really couldn’t face opening the box inside me which contained my thoughts and feelings. Because if I did that then I’d need to acknowledge them and I didn’t have the strength to do that.

Every so often I do open my box of grief and feelings and it all pours out. I quickly slam the lid shut and turn the key in the lock. But I do feel myself wanting to write again and wanting to talk about those feelings inside me. Feelings most of us will experience at some time in our lives.

The last six months of 2016 have been busy, we did a lot of healing at the Just So Festival and we had our much needed holiday to Majorca in October. I had a jaunt to River Cottage with some blogger chums, and we went to Lapland UK in December. We’ve done a hundred wonderful things as a family and as a result our little unit of three has grown much closer. Then we three became four. 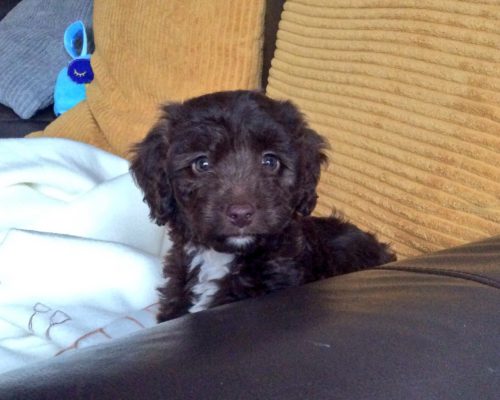 We welcomed this monkey into our home. She’s a joy, she’s a distraction, she’s a menace, but we love her. She’s the four-legged piece of the puzzle we needed to complete our family jigsaw.

2016 will not be remembered with much fondness or joy by me. It’s a year which has completely changed my life forever. Some of it for the good I’ll admit, but a bit of my heart broke in June and it will never heal.

As for 2017, my hopes and ambitions for the next 12 months are modest. I’d like for me and the people I care about to survive the year unscathed. I really hope that isn’t too much to ask for. 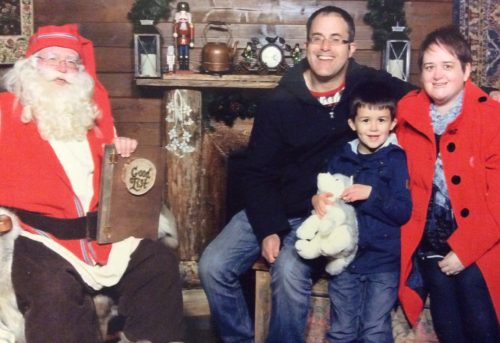 So *takes deep breath*, it’s been a while since we talked about how I’m getting on. It’s been a helluva year and not the good kind. Since my Dad died in June, apart from the initial outpouring of grief blog posts I wrote, I’ve tucked my feelings and thoughts away and tried to focus on just getting through my to do list instead of grieving.

I’ve tried to grieve privately and come to terms with everything in my own way. People we love die all the time, who am I to gnash and wail and to hog the grieving limelight? But people, kind people do ask and I say I’m doing ok. I’m not really, I’m doing as ok as I can do under the circumstances.

I’ve lost the first man I ever loved. I’ve lost one of my best friends and I don’t think I will ever get over it. The initial shock has gone, only to be replaced by the weird constant reminder that he’s not around. I saw some books yesterday he would love for Christmas. I didn’t buy them. I baked a cake I couldn’t share with him. I see things on TV I remind myself to tell him about, then remind myself that I can’t. I constantly think of going shopping with him. I loved going shopping with him, he hated shopping as much as I do and it was always a bit like supermarket sweep, something which amused us greatly.

I cry a lot, every day. I cry privately and stick a smile on my face when I go out. If I can’t do that I throw on a pair of sunglasses and act like I’m too busy to hang around chatting. I went to the dentists the other week and lay in the chair, tears rolling silently down my cheeks because I was reminded of my Dad. The dentist probably thought I was being a wimp over my filling. Let him think that.

The small boy talks about him a lot. We don’t discourage it because I want him to hold the memory of him close. But kids are so blunt. “Grandad is dead isn’t he?” There’s no “passed on to the other side” euphemisms there. Sometimes I prefer the bluntness, he was never one for sugar-coating things when he was alive, so why dust his death with icing sugar?

So how am I doing? Not great, but as well as I can do under the circumstances. Thank you for asking x 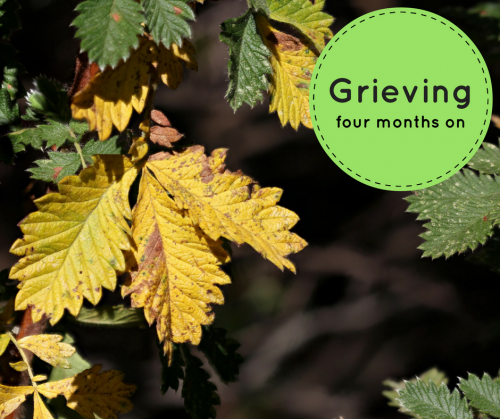