Pizza night is always popular, but I am conscious that it is a slightly less healthy choice than a green salad. As a result I do try and order lighter versions whenever I can. Papa John’s has recently launched a lighter option for their pizzas, specifically for people who are conscious of what they eat, but still enjoy the occasional treat.

Papa John’s is now offering a lower fat cheese as an option on all of their pizzas. The lower fat light cheese contains one third less fat than regular cheese and I think it will be popular with a lot of people. There is always the worry that a slight change in the recipe will dramatically change the flavour of the pizza, so we put the new lighter cheese pizzas to the test. 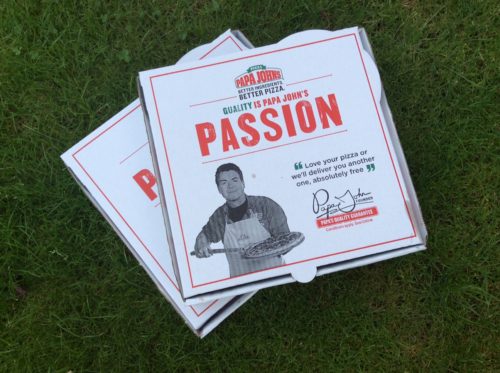 We sampled two medium original crust pizzas with Papa John’s lighter cheese. I had the Mediterranean Garden Party – a pizza heaving with lots of lovely veg so at least you feel that you’re getting one of your five a day. Hubs had an “All The Meats” which suited him down to the ground. They were both made with the lower fat cheese instead of the standard cheese Papa John’s use on their regular pizzas. 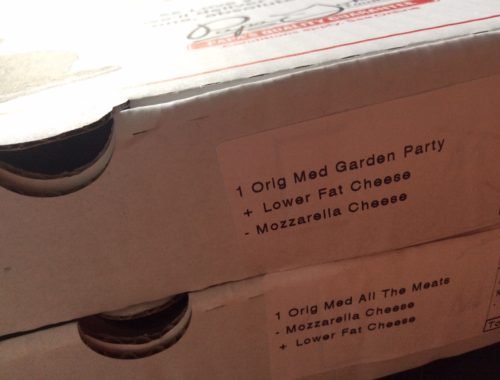 It was Friday night at the start of a Bank Holiday weekend and we were all tired and needed pizza. We ordered Papa John’s and decided to picnic eat it in the garden to make the most of the sunshine.

The pizzas arrived and I opened them up to check they didn’t look any different from how they usually do. There was no difference. The cheese looked good, melted nicely all over and we couldn’t wait to get stuck in. 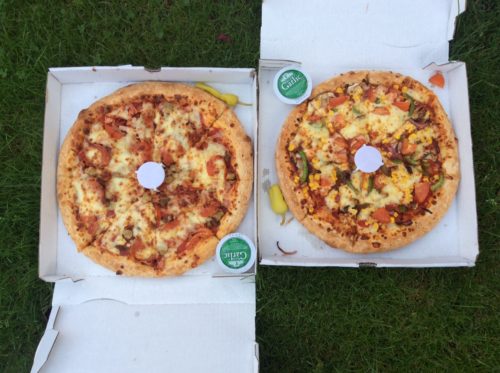 We all devoured our pizzas, the small boy shared ours and enjoyed them as much as he would normally. To me there was no noticeable difference in the taste or quality of the pizza (and I’ve been a cheese judge at the International Cheese Awards). If there’s no real taste or texture difference, and there is 1/3 less fat in the lighter cheese then that’s a bit of a no-brainer for me. 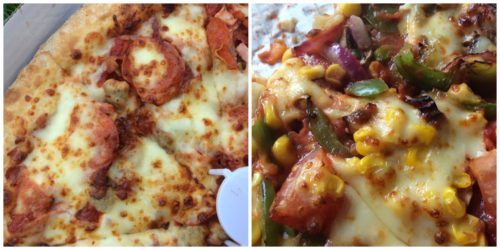 In future when we order pizza we will be ordering Papa John’s Lighter pizzas. We might even take another healthy step and go from original crust to thin crust. That one might take a bit more getting used to though.