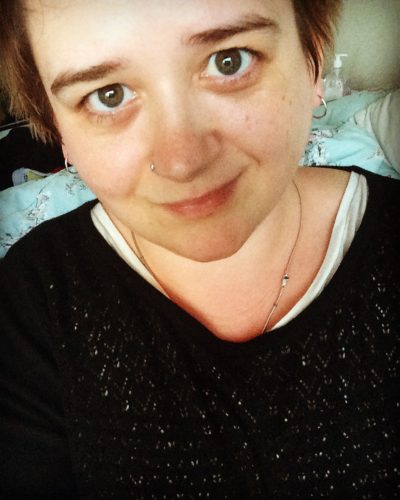 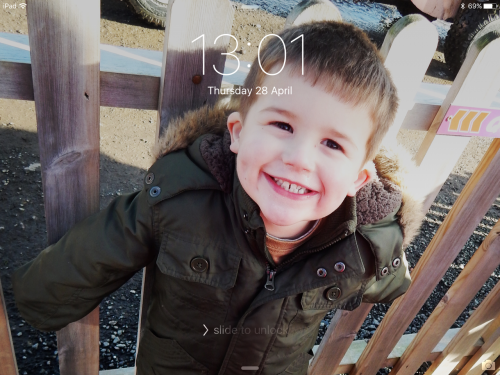 Well hello there…if you’re reading this, then like me you’re probably getting mentally psyched up and all excited for Blog On 2014. I can’t wait!

Lovely Laura has put together a list of questions so people can get to know a little bit about each other before we meet. So, here I am, have a read and feel free to ask me anything, and I mean anything.  I am an open book. There’s a little bit more about me on my about me page if you’re interested.

Name – Jane, but close friends call me Jay. I’m also known as DG because of my other, non-blogging Twitter account, DG has just stuck.

Bra size – (only kidding) More than a handful, less that a bucketful.

Kids – One small boy aged 3 and a half. Part tyrant, part angel.

Favourite food? Pretty much anything with noodles, my favourite meal is bean curd massaman curry with noodles. I also live on scrambled eggs. Bring me eggs and I’m yours forever.

Tea or coffee?  Coffee, hot, strong with not too much milk please.

Cat or Dog? A doggie please. I love a faithful mutt at my feet.

Left handed or right handed? I’m right handed but I use my left hand to carry my wedding ring and to feed myself popcorn while I’m typing this.

What came first the chicken or the egg?  Erm I dunno. Dinosaurs?

Dietary requirements? Moderately picky vegetarian. Can’t eat mushrooms and I have an aversion to bananas, yoghurt and anything strawberry, apart from actual fresh strawberries.

Describe Yourself In Seven Words – Funny, weird, introspective…? I got stuck, so I did what I always do and I asked Twitter, this is what they came up with… 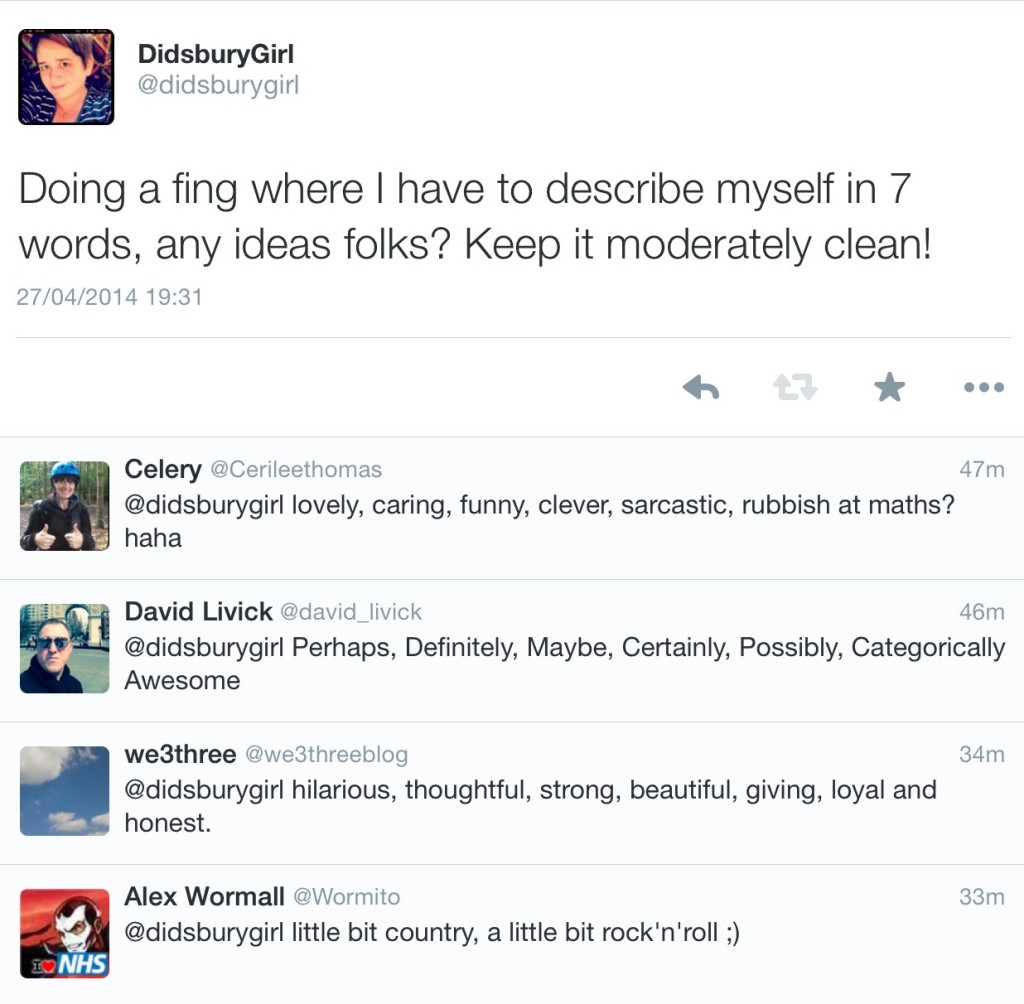 What Is The Best And Worst Thing About Blogging?  – The best thing is finding and having a voice as well as making lots of lovely friends and getting to go on exciting adventures. The worst thing is writers block and when something technical goes wrong with my blog and I get all baffled.

What is the most embarrassing thing you’ve ever done? Oh no, I’m too sober to say, but involves a queue for the bathroom and a sneeze.

What would your superhero name and power be? Snooze-button Woman. I have the ability to sleep through alarm clocks, screaming children, hurricanes and I’m liable to nod off anytime, anyplace, anywhere. I enjoy a kip!

What will you be wearing at Blog On 2014? Not a clue. Though I’m hoping it’ll be reasonably clean and stain free. A fashionista I ain’t. I do have purple hair though if that helps?

What’s your favourite blog post you have written this year so far? Crikey, I’ve got a few, but I liked this one and so did lots of other people………. 15 ways you know you’re a parent

If you choke a smurf what colour does it turn? Purple.

Would you like some cake? What kind? Yes please, coffee and walnut if you’ve got it, or a giant and I mean giant Tunnocks Teacake please.

Well, that’s me, any questions raise your hand. Look forward to meeting you at Blog On 2014.