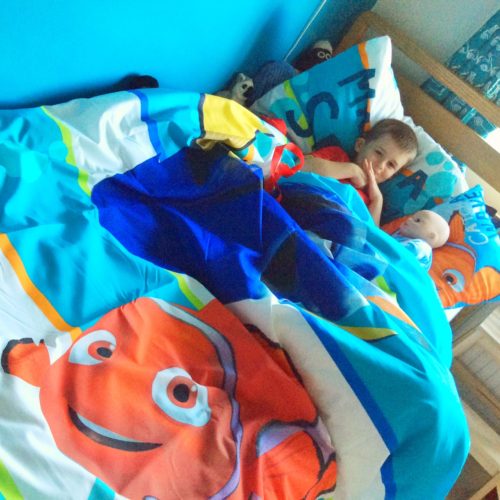 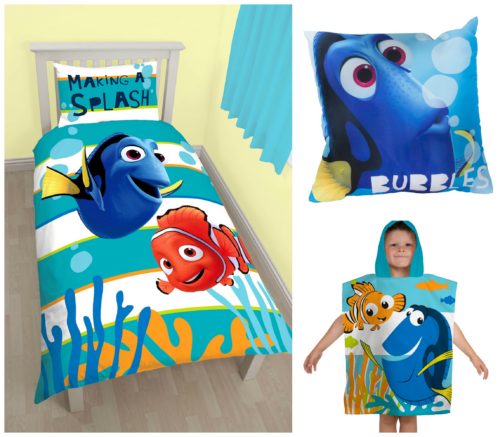 In September the small boy began school, he’s growing up fast and we couldn’t be more proud of him. One thing that’s niggled us for a while had been his bedroom. When we moved into our house he was 10 months old and we didn’t have the time or money to do much with his room, other than paint it white and get new carpet laid. It was always on our to do list for the future, the list has been ignored for four years now, so it was time to do something about it.

This was his room before… 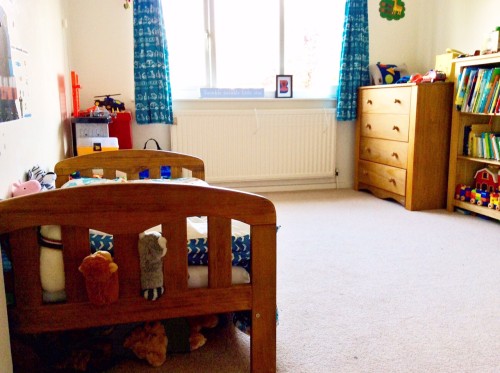 With the help and advice of interior designer Joanna Thornhill and Hillary’s Blinds we identified that his room seriously lacked storage space and needed an injection of colour.

His room was a mess, without any proper storage his toys were everywhere and there wasn’t much of a theme going on. The white walls made the room bright, but it felt stark and boring. 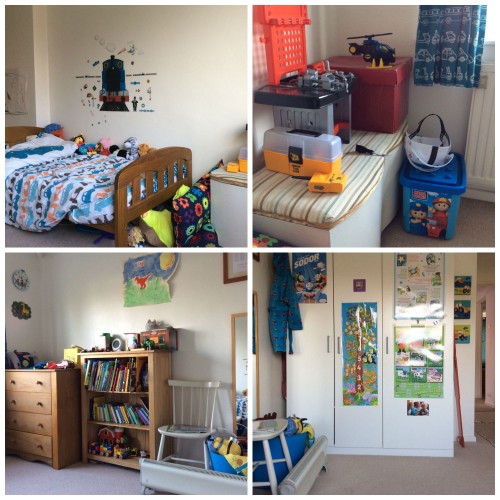 1. You could add brighter tones in any accessories or wall art in tones of turquoise and green, using red in small doses as an accent. Industrial style is a big trend right now which your son might like, so perhaps you could bring in touches of this by adding a cage-style light or a grey textured rug, and updating furniture handles with vintage metal-style pulls.

2. Storage looks like it’s an issue – could you opt for a bigger bookcase and swap places with the chest of drawers? The tall mirror could maybe then move to the side of the wardrobes if the space becomes tight for it in its current spot. Invest in some storage baskets for the bottom shelves for toys, with space above for books.

3. His bed sits quite neatly into that alcove but when he moves up to a full-size single – why not look out for a daybed with hidden storage (or a spare trundle bed for sleepovers) underneath? This would fit the space well and allow his bedroom to double up as a living room all of his own. Opt for some plain bedding (denim, maybe?) then dress with fun cushions along the back.

4. Your curtains look great and seem ‘grown-up’ enough to take your little boy through to double digits at least – I’d use these as a starting point and let these influence the rest of the space. They are a greyish teal colour so perhaps you could use these to bring colour into the room, possibly opting for a lighter steel-blue on the bulk of the walls with a bolder teal making a feature somewhere (perhaps in the bed alcove?)

Using her advice we decided to paint a teal feature wall and decorate it with stars, we had a shade mixed for us at B&Q which was evocative of the night sky without it being too dark. I bought some luminous stars from my local toy shop, Giddy Goat Toys, decorated the feature wall with them and added the blue star light he’s always had. I wanted to keep things simple so we could change things up a bit as he grows. 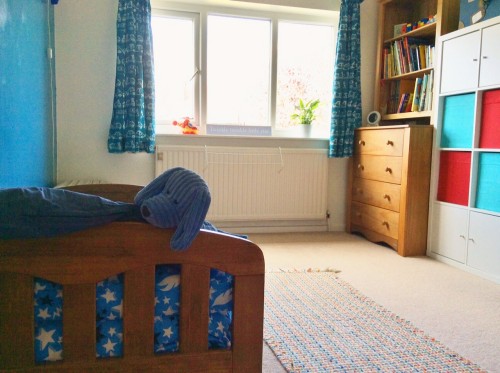 We bought some extra storage from Ikea and put the bookcase on top of the chest of drawers to make a bit more space. We also gave him a little stool to use to climb up and choose his bedtime story. 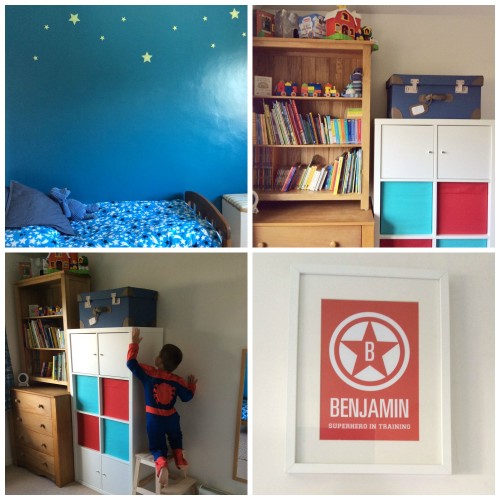 His bedroom looks and feels more like a boys bedroom now and less like a cluttered nursery. There are still a few more things we need to do, but we ran out of time over the weekend. We need to sort his lighting out, put a new blind up and eventually get him a full sized single bed. Not to mention sorting through his wardrobe and clearing out his old toys.

We didn’t blow the budget on it either, the paint and the stars came in at under £30 and the storage unit with boxes was about £100 from Ikea, we bought a few other things for his room too, like a new lampshade, a blind and the footstool, but I can safely say we got change out of £200.

But what did Spider-boy think of the transformation? I think he liked it! 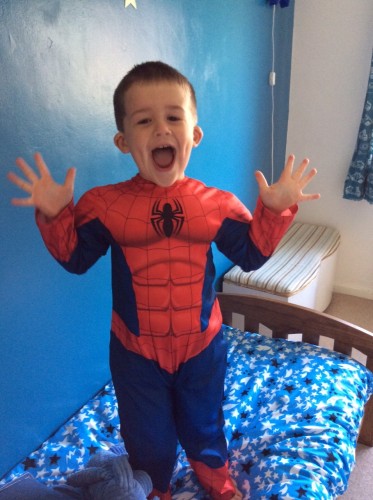 But my favourite bit is the starry-night wall which I’m actually very tempted to recreate in my bedroom too. I think we’ve managed to makeover his room in a way which will grow with him. The stars can easily be removed and replaced by something else if he wants, the storage has already made a massive difference to his room, and it looks fantastic too. 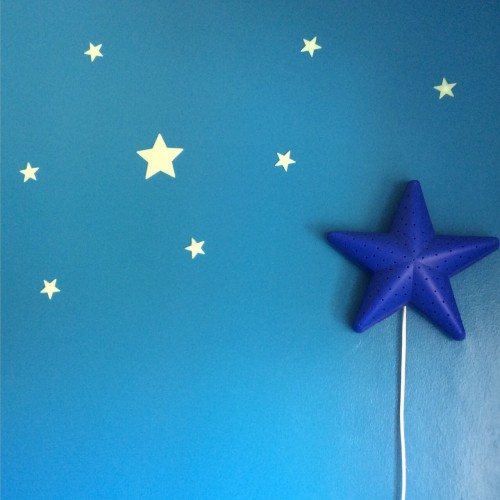 The makeover was done in conjunction with Hillary’s Blinds, you can find out more about our makeover transformation, and see how the other bloggers involved transformed their homes on the Hillary’s Blinds website.