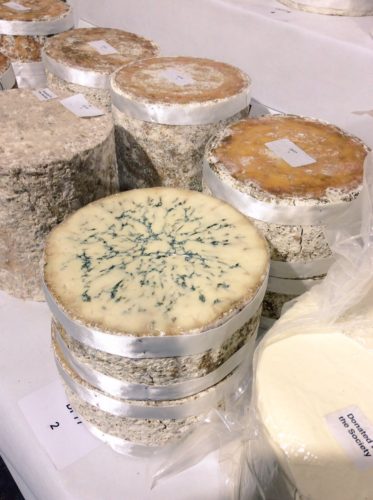 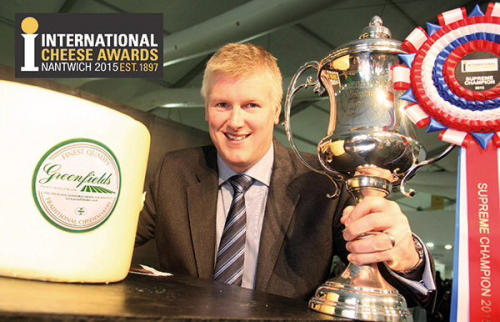 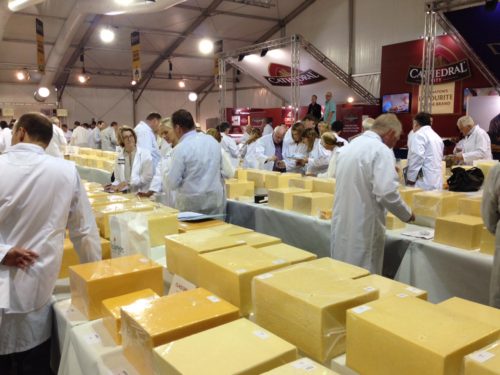 This week I went to the International Cheese Awards in Nantwich in Cheshire. I went last year and had a brilliant time, discovered some lovely new cheeses, met some nice new people, had an delicious lunch and ate an awful lot of cheese. I was looking forward to more of the same this year, but it was not to be. It was better!

I was really pleased and honoured to be invited to help judge four categories of cheese this year, these were –

Nothing too alarming there. In fact I was delighted with those categories as they’re the kind of cheeses I would normally buy and eat anyway.

Dressed in my judges white coat with my clipboard tucked under my arm, me, two judges, both cheese experts, and a steward began judging. Each of us thoroughly examining the cheese, and my fellow judges, both industry experts, taking time to talk me through what we should be looking for and the typical characteristics of each cheese. 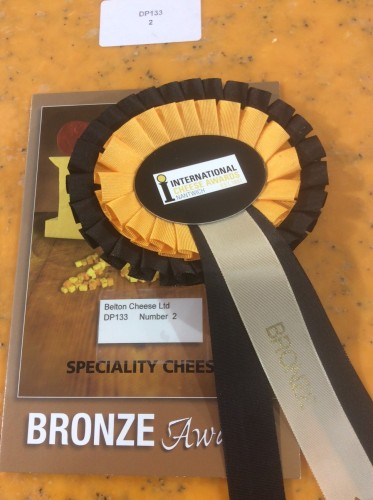 Thankfully we were all of a similar mind when choosing the winners, so there were no arguments. I made sure I went around afterwards too to make a note of any cheeses I especially enjoyed. It was an experience I will never forget, it’s not everyone who can say (and have the enamel badge to prove it) that they were a judge at the International Cheese Awards 2015.

After my official duties were over I ambled over to where the Irish cheeses were displayed and took part in their special cheese matching session, in which three superb Irish cheeses were matched with three equally delicious Irish whiskeys. 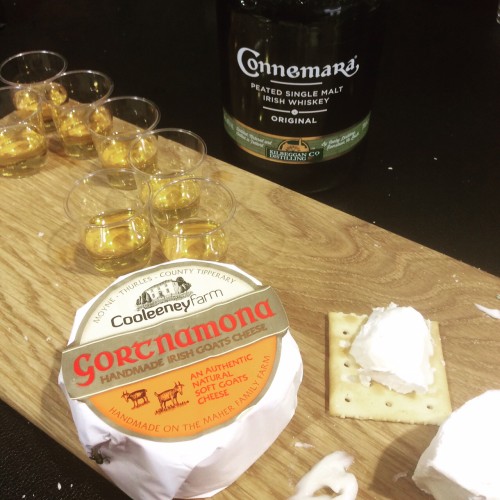 During this whiskey and cheese session I discovered this very, very sexy Brie style handmade Irish goats cheese. It’s was fantastically ripe and oozed seductively across the cheese board towards me. It was love at first bite!

It would be a cliché to say I was charmed by the Irish contingent, but I was. The whiskey was interesting, the cheese was so good (there was also a beer washed continental style cheese I need to find again) and the lovely chaps at Ballymaloe made exceedingly good chutneys and relishes, which went beautifully with the Irish cheeses. It can be slightly harder to find these lovely Irish cheeses in England, but I was told that Booths and some speciality cheese shops stock them, and the Ballymaloe relish is available in some supermarkets.

Full of whiskey and cheese I sat down to enjoy lunch, canapés, quiche and salad, a selection of desserts and of course an amazing cheese board. After lunch and much deliberation they announced the winner, the Supreme Champion UK of the International Cheese Awards 2015 was the Greenfields Dairy with their delicious crumbly Lancashire cheese.

The giant 83,000 sq ft cheese marquee was home to what felt like hundreds of trade stands, small artisan cheese producers to huge dairies as well as supermarkets; there was a chance to try every kind of cheese under the sun, and from all over the world.

Just to give you an idea of the scale of the awards, I made a short and slightly shonky film, but it gives you an idea of just how much cheese was there to be judged – this year I believe there were 4,615 entries – a record breaking year for the awards!

For me at least it was an incredibly memorable day, I became a cheese judge (with badge to prove it), I met some delicious cheeses and I made some new friends. Here’s to next years awards – sláinte! 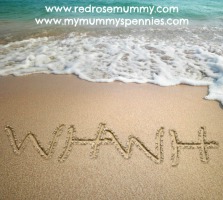