Chocolate brownies are universally popular. I know my family absolutely adore them and whenever I make a batch, they usually disappear far too quickly. Brownies are the kind of thing you can easily adapt for different occasions or tastes.

This week I’ve decided to bake the classic – chocolate and cherry brownies, but I gave them a festive twist and baked them with Opies Black Cherries with Luxardo Kirsch. They were so gooey and good – the perfect brownie! 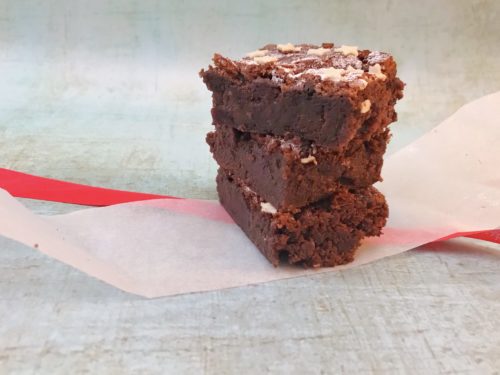 How to make your Chocolate Brownies with Boozy Cherries:

Pre-heat your oven to 185° and line a deep sided baking dish with baking parchment.

In a bowl, over a pan of simmering water, melt the chocolate and the butter together until smooth. In a separate bowl, mix the sugar and the eggs, whisk them until they’re light and fluffy.

Pass the flour, cocoa powder through a fine sieve and add to the eggs and sugar. Gently whisk the ingredients together until combined. Then mix in the melted chocolate and the vegetable oil to combine. Stir through the cherries and kirsch and pour the batter into the tin. 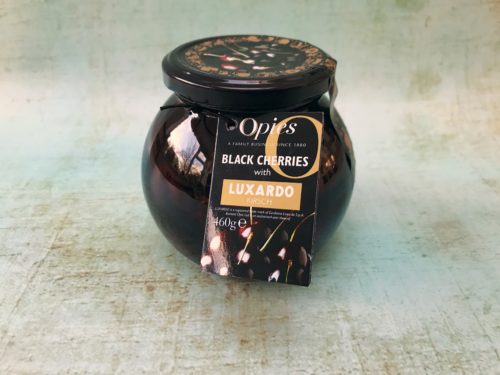 Bake for 35-45 minutes until the brownies have lost their wobble but are still a bit gooey inside. Take out and leave to cool. You want to almost under bake them so it’s still soft in the centre.

Once they are cool, cut them into squares. I sprinkled my brownies with white chocolate stars and icing sugar to make them look a bit more festive. 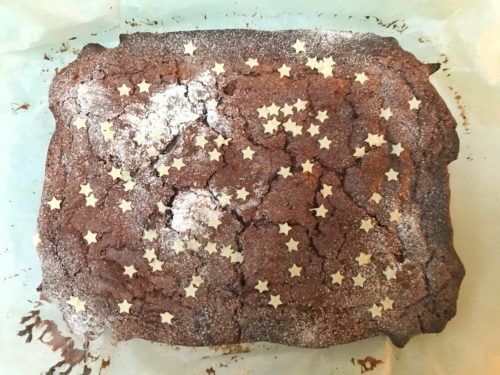 I did have plans to make cherry chocolate brownie sundaes with them; layering them up with ice cream, whipped cream and drizzling more kirsch and cherries over the top. But I went out to work and when I came home they’d all gone, so you’ll have to use your imagination instead. The sundae sounded pretty tasty in my imagination! 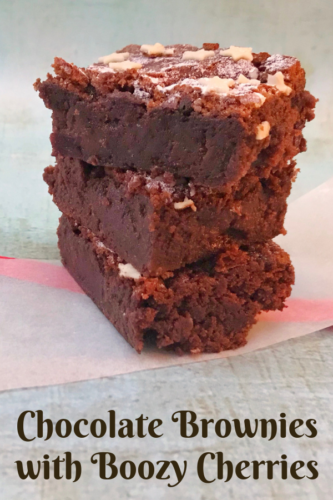 Note: We were sent a jar of Opies Black Cherries with Luxardo Kirsch and I decided to use them in this recipe. I’ve not been compensated for this post.

Who doesn’t love brownies? These gorgeous Chocolate and Cherry Brownies have a crisp crust and a delicious gooey centre. They are best served warm with a good dollop of vanilla ice cream. Brownies are always a favourite. Whatever the season, brownies never seem to go out of fashion. Place the butter and chocolate in a heatproof bowl and allow the ingredients to melt either over a pan of barely simmering water or in a microwave on a low heat. Allow to cool slightly.

Place the remaining ingredients in a mixing bowl and pour in the melted chocolate and butter mixture. Fold together lightly until thoroughly combined. Pour into the prepared tin and place in the preheated oven for 25-30 minutes until a crust forms. Remove from the oven and allow to stand for 15-20 minutes. Cut into squares when cooled.

Cooks Tips:
You can add other ingredients in with the cherries if you’d like. Pecans and brazil nuts work well instead of cherries.

Brownies are great to make with kids and a real family treat. Brownies are a good base for all kinds of wacky ideas you or your kids may have. Swap out the cherries and add chunks of Oreos, wedges of Snickers bars or drizzle with caramel and sea salt when they’re fresh from the oven. Make them into Christmas Brownies by adding chunks of chocolate orange and a couple of handfuls of cranberries.

Whatever you choose, they will almost certainly be delicious! How do you like yours? This recipe was developed in conjunction with an Appliance House Chef.