Healing, happiness and the beauty of my recovery

I was sat in the autumn sunshine at the weekend. I was feeling happy. It’s a rare feeling for me, any happy I have usually has a small undercurrent of my ever present anxiety running through it. But the sun was shining, I had a pint in my hand, was in great company and I felt relaxed and happy. Carefree almost.

I sipped my drink as I listened to my companions chatting away, it was warm and I was wearing a t-shirt. I’m not so self conscious of my scars these days, they’re part of me and my history and whilst I regret one or two of them, I don’t hate them so much.

The sun lit up the silvery lines of my scars and made them shimmer slightly in the bright light. For a moment I ran my hand across them, trying to hide them or rub them out so the others wouldn’t see, but I can’t erase them, so I paused and made a conscious choice to admire their beauty rather than be ashamed of them. I looked at the shimmering silver on my arms, like rivulets of precious metal running over my flesh and I was reminded of Kintsugi.

Kintsugi is the Japanese art of fixing broken pottery with gold, silver or platinum. It literally means “golden joinery”. It’s a beautiful thing and rather plain and ordinary bowls and dishes become breathtaking and rather astonishing works of art when they are repaired in this way. I am Kintsugi. I am an ordinary thing made beautiful by my scars; the rivulets my of scars in shades of silver and platinum show the world my recovery. They tell everyone how I am healed and that I am stronger because of these shimmering silver lines, not in spite of them.

I am Kintsugi. I am beautiful. 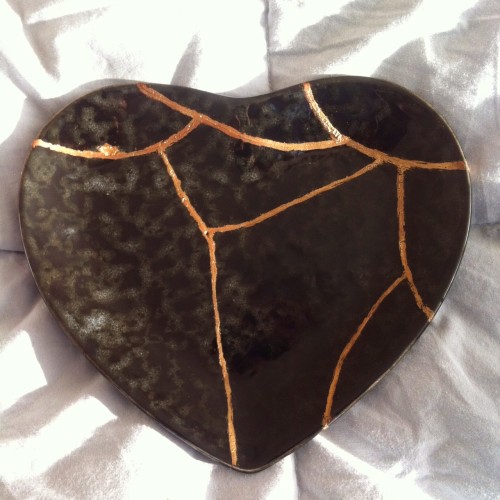 Learning to live with and accept my scars 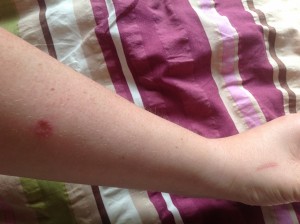