Tuesday was a funny old day really. I got trolled on Twitter by some men with nothing better to do than pick on someone for being not very feminine. They suggested a number of things about my lifestyle and life choices, but were unnecessarily nasty about it and then patronising when I failed to respond. This is online bullying. I’ve encountered these types before, they were doing it to provoke a reaction, so I gave them none, but it just made me feel very sad and cast a gloomy cloud over my day.

I’m not perfect, but I try where I can to be nice to almost everyone. Online I’m friendly and supportive, occasionally forthright in my opinions, but more often than not I am very happy to see both sides and as a result I rarely get any stick. I’m not used to it, I’m not a fence sitter, but I’m not naturally argumentative. I hate conflict, so when it happens, when people turn on me for no other reason than for their own entertainment, it shocks me and gives me an unwanted shake up.

Of course the right thing to do was to block them and try to give no further thought to it. It’s something or nothing in the grand scheme of things and I doubt they’ll go to bed with anxiety about it twisting in the pit of their stomach.

I’m not even going to attempt to figure out why randomers are mean to people on the Internet. If I was putting myself out there with maybe a slightly outlandish political opinion, or I was inviting heated debate into my Twitter timeline, then I would almost expect some stick or some online bullying, but I’m not. I’m a normal girl who writes occasionally amusing tweets, chats online to friends and Tweets pictures of her breakfast (a lot, sorry about that).

There are plenty of women, ballsy women, who take this unwanted attention in their stride. I am not one of them. I had thought of a rather good retort, but I felt a response would give them some satisfaction that they had got to me in some way, which of course they had.

My anxiety is always there, sometimes it is a big voice, a grinding in my stomach, a pounding in my heart and I can hardly catch my breath. Sometimes it just whispers that I should be fearful, but when it whispers I can usually ignore it. Today it’s been the big voice anxiety. I’ve seen Twitter pile-ups happen and I have a dread that my notifications would be swarming with hate. Thankfully (touch wood) just a couple of nasties said their piece, got bored when I wouldn’t bite and then I quietly blocked them.

Quite simply. Why do some people need to be so mean?

I’ve been watching The Island with Bear Grylls (which has been brilliant). He has a saying which I’m quite taken with, “with courage and kindness you can conquer the world”. And do you know, I think he’s right. I need a bit more courage and mean people need a bit more kindness. Wouldn’t the world be a better place for us all if kindness, compassion and courage were at the heart of everything we did? Nannight xx 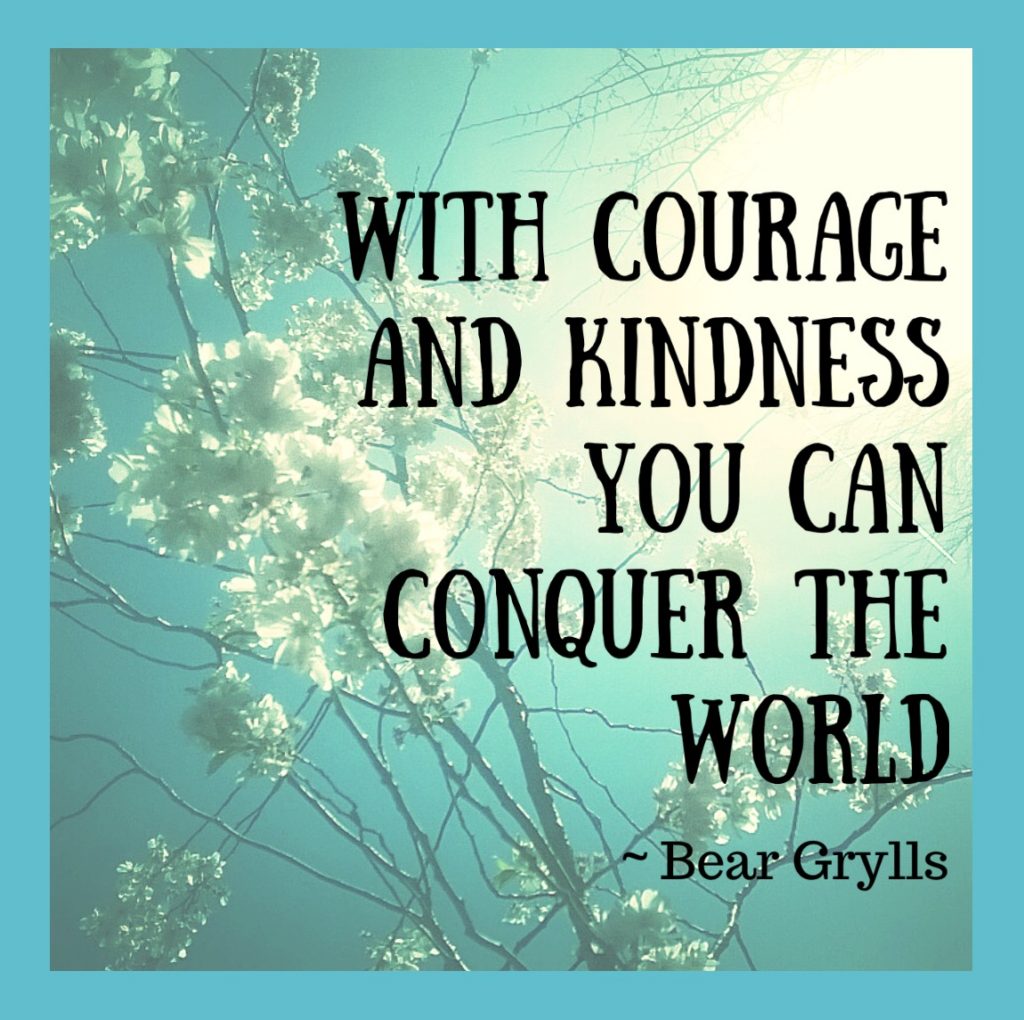 “With courage and kindness you can conquer the world.”