See ELF – The Musical, this Christmas at The Lowry

I know it is still September, but Christmas will be upon us before we know it. Over the weekend my boys took themselves off to Hamleys at the intu Trafford Centre for the press launch of ELF – The Musical. What happened at the event was lovely. My boys came home full to the brim of Christmas spirit and keen as mustard to get tickets for the show!

The press launch was by all accounts really lovely. Benjamin and his Dad watched Ben Forster who plays Elf perform a song from the show. Then they got to meet Ben and Liz McClarnon (who plays Jovie). I think Liz was as charmed by my Benjamin as he was by her. 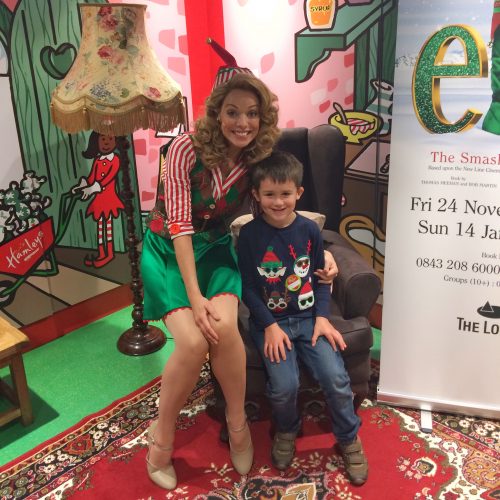 Elf  – The Musical is coming to The Lowry, Salford Quays on Friday 24 November 2017 until Sunday 14 January 2018. Elf is my favourite Christmas film and this award winning musical version looks like essential viewing for Elf fans. I cannot wait to go and see it!

Elf – The Musical stars TV and West End star Ben Forster as Buddy, former Atomic Kitten Liz McClarnon as Jovie, plus Joe McGann as Walter and Jessica Martin as Emily Hobbs. There are a trio of local boys playing the role of Michael too. 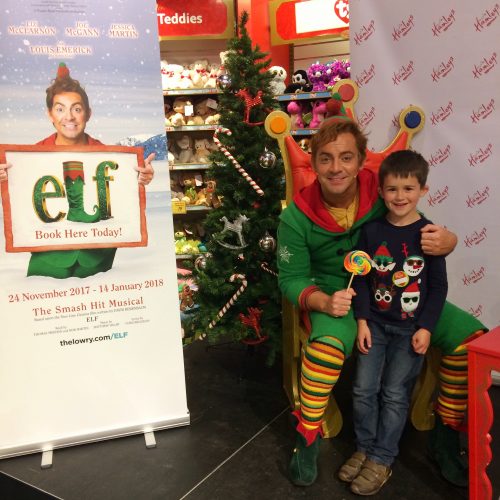 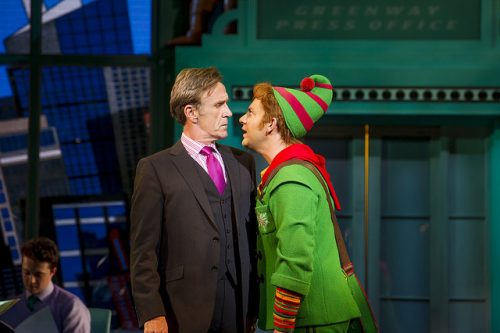 What better way to get into the Christmas spirit than to see Elf – The Musical at The Lowry! Get your tickets now, it’s bound to be incredibly popular!

2 responses to “See ELF – The Musical, this Christmas at The Lowry”