A few years ago Father Christmas kindly brought me a slow cooker. It sat unused for a few months because I didn’t think it would be that different to using my oven. How wrong was I? I’m now in love my slow cooker, I can throw a bunch of ingredients in, turn it on and then by teatime I’ve got a lovely meal to give my family.

My slow cooker is a very basic model, but that’s all I need. It turns cheap cuts of meat into fall-apart, tender meals my family love.  It costs much less to run than my oven and everything I put in there turns into a delicious cuddle of a meal. 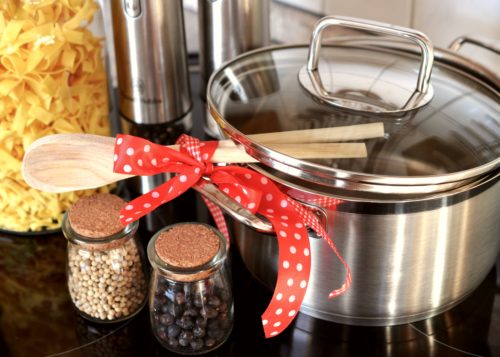 Plus, and for me this is huge, I’m a vegetarian and I’ve discovered that cooking bland and boring quorn mince in the slow cooker makes it really delicious. I make all kinds of (quorn) mince meals in mine, from bolognaise to chilli and shepherd pie. Each and every time it’s delicious and I’ve served it to confirmed carnivores without complaint.

With a few years of slow cooking experience under my belt, today I’m sharing my tips for slow cooker success.

Pre-heat your slow cooker – like a pre-heated oven, a pre-heated slow cooker will speed up the cooking process. I like to switch it on so it’s warming while I’m preparing my meal to go in the cooker.

Prep the night before – if you’re planning on switching your slow cooker on in the morning before heading out to work, you can save time by doing all the prep you need the night before, then switch it on to cook as you’re leaving the house. I’ve seen lots of very organised people who prep a lot of slow cooker meals, put them in bags and freeze them, ready to be put in the slow cooker. I wish I was that organised!

Brown your meat – I often make stews in my slow cooker. It really lends itself to cooking cheaper cuts of meat, like shin of beef or oxtail. Before I put them in the pot, I usually brown my meat in a frying pan first. The second part of this tip is roll your meat in seasoned flour before you brown it; this will help to thicken the sauce while it’s cooking.

Cook some of your veg first – root vegetables are fine to go in raw, but I like to fry off onions, celery and mushrooms first. They can go in raw, but I think they give a better flavour if you have cooked them first.

Beware too much liquid – the slow cooker is not too great at thickening sauces on its own. Add just enough liquid when you’re cooking, you can always add more if it needs it.

Boil the kettle – Use hot liquids if you can to speed up cooking. If the recipe calls for stock, make sure it’s hot. This will save the slow cooker the effort of heating it up and hot liquids will speed up the cooking process.

Root veg at the bottom – if your recipe calls for root veg, it’s best to put it in the pot first, it’ll take some time to cook through until it’s tender, and the best way to do this is at the bottom of the cooker where the liquid is.

Leave it alone – it can be tempting when you’re cooking something which smells delicious to keep lifting the lid and taking a look. Every time you lift the lid the cooker will lose heat, this will add to your cooking time. It’s best to leave it and to check it and stir it only towards the end of the cooking time.

Best cooked low and slow – in my experience, slow cooker meals are best if they’ve been cooked on the low setting for longer. It’s tempting to whack things on high to get it to cook quicker, which is fine; but if you can, low and slow is best. One hour on high = two hours low.

Add fresh herbs right at the end – if your recipe calls for fresh herbs, add these at the very end. Dried herbs stand up remarkably well in the slow cooker, but fresh herbs will lose their vibrancy.

Those are my tips for slow cooker success. Have you got any tips you can add? Please comment below. 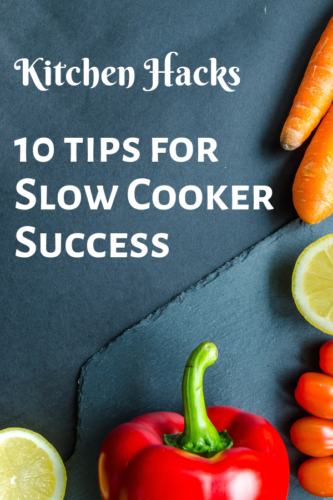 One response to “Kitchen Hacks: 10 tips for Slow Cooker Success”