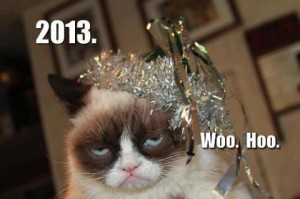 I don’t know where to start with this one. It’s been a massive year, full of change. It’s been scary and awful and wonderful. I’ve been on Twitter today and people have been reflecting back over the last 12 months and most people are saying it’s been a tough year, or a weird year, certainly a year of change for most.

Last New Years Eve where was I? I’d seriously damaged my back and could barely walk. I was so off my face on painkillers I’d struggle to tell you my name and I was waiting for a call to go in for urgent surgery to try and fix it. My husband was worried sick and we’d just coasted through the most bizarre Christmas ever. To this day I have no recollection of my son getting up on Christmas morning and opening his presents. It chokes me up to think about that now.

Apart from being in unendurable agony, it was my sons third Christmas, he still wasn’t old enough to appreciate what was going on, but who doesn’t love a pile of presents under the tree?

I was employed by the NHS as a Project Manager, something I loved doing, I was in secondment from a job I really didn’t love doing and was trying to hatch an escape plan. Around Christmas time when I was laid up, it came to me that as I was already running the Twitter accounts for some friends businesses and I might be able to make a go of that. More of which later.

January came and went, still immobile on the sofa, still as drugged up as a human can be without actually being in a coma. On 1st February I went and had my first operation. It was to a degree a success. The searing pain had gone and I was able to move around more freely, but I was still in considerable pain.

The months rolled by, I was still a zombie, eating handfuls of strong painkillers several times a day just to be able to exist. I wasn’t a wife, I wasn’t a mother. I was a thing on the sofa that cried, cried out in pain, cried in sorrow, cried in grief for not being the mother I should’ve been. For months on end I couldn’t cuddle him or do anything for him, the day I made him a piece of toast, the first piece of toast in five months was a monumental one. I hope he has no memory at all of this year.

The pain continued until mid-April when I stood up and felt something go in my back. I knew instantly I’d really, badly messed myself up again. Five days later I was lying prone in an MRI scanner knowing what would happen next. I was not chuffed to put it lightly. The following week I had my second urgent surgery of the year. Just to explain, a disc in my back had cracked open on both occasions spilling its contents so they were pressing on my spinal cord (huge risk of permanent paralysis and/or double incontinence) and my nerve root (unendurable pain and lasting pain). Thankfully my second surgery was successful but I was so weak I couldn’t sit for more than 20 minutes without everything hurting, my core muscles had all but gone and I was unable to walk even to the end of my road. I was fixed but I’d never felt more broken.

Luckily I was referred to a wonderful physio who instantly got me. He worked with me for months giving me tasks and homework to complete, telling me off for pushing myself too far and too hard. After three months of hard work I was able to touch my toes again and I was going on three mile walks. I was stronger and feeling good about myself. I now swim twice a week and go to Pilates as well as trying to keep up with the walking (weather permitting). I will never be able to thank my amazing physio enough.

However during this time my mental health deteriorated. I’d been stuck in the house unable to move with virtually no company or visitors. During that time friends on Twitter had kept me sane, but once the physical pain had levelled out I realised I was in trouble. I acted out, I drank a lot, I was having full blown anxiety attacks, my self esteem was through the floor. I hated being in the house, I couldn’t wait to go out. The walls of my house had kept me in like a prisoner for months, and I never wanted to see them or be confined by them again.

So I had a summer of madness. Self harming, suicidal thoughts, drinking, partying. I had a lot of fun, I met some great people. I met some horrors too, but I had a mad summer, there were incredible highs and the lowest of the lows. God knows how or even why my husband stuck with me. It must’ve been like being married to an overactive 16 year old. But I was moving through the depression and anxiety and trying to find a path forward which suited me.

I was assessed by various professionals and put on stupidly long waiting lists for therapy. I have no idea when or even if I’ll see someone, but through my old work I was referred for therapy. I was allowed six sessions which was perfect. It kick started a process of healing inside me. I’m no longer on my meds, I’m standing up by myself for once. I know I’ll need more therapy but it’s a start.

As far as being a parent, I love it, my boy is the business. He’s so funny and loving. I wish I could do more with him. I can take him to the park now, but I can’t run and chase him, I can’t pick him up and swing him around. If he falls I can’t pick him up for a cuddle. For a start he’s a big lad and it’s not worth risking taking all those steps back. I never want to go back to being a sofa slug again.

2013 for all it’s dark, difficult days did force me to make a much needed change. I’ve set up my own business. I tweet and Facebook for businesses and charities now. I love the copywriting aspect of what I do, I produce email newsletters and I have my blog. No two days are the same. I love the variety, I love everyone I’ve worked with and all the friends I’ve made. Yes it’s really, really early days and if I’m being honest, I could do with a bit more work (hint) but I’m happy and I get really good feedback from my clients.

I couldn’t have got through this year without my husband, he’s been amazing. He’s had to look after us all while I was physically incapable and then he’s put up with me while I was spiralling out of control. The man is a legend and I’ve never loved and appreciated him more.

Looking back to last New Year, when I toasted the coming year with some diazepam and codeine, I am a completely different person. I’m stronger for my struggles, I know where I stand with people, I’m happy, I have a future, I have a life, my life, and I have my boys and if they love me half as much as I love them then I’m a lucky woman.

Like Loading...
This entry was posted in Life and tagged 2013, 2013 review, anxiety, bad year, Depression, Health. Bookmark the permalink.