We were at the playground last week and the small boy shouted “look at me Mama!” so I did, another playground Mum commented that he called me Mama, which I guess must be fairly unusual. He calls me lots of things, depending on who we’re with and where we are. Variously I am Mum, Mummy, Mama or Jane.

At home when it’s just our little family I’m usually Mama. I like being called Mama, he’s not quite four yet so it still makes me feel like the mother of a little one.

When we’re out, perhaps I’m picking him up from school I’m Mummy. He runs out of the classroom to hug my knee shouting “Mummy!”, invariably he also has a face full of smiles. Other people refer to me in front of him as Mummy, so that’s what he calls me when we’re out of the house, sometimes a “Mama” slips out though.

Sometimes I’m Mum. I don’t really like being called Mum. Technically that’s what I am, but it’s still too grown up for me, I’m not ready to be called Mum yet. He needs to be older before he calls me that I think.

And Jane, my own given name. He’s a cheeky monkey and sometimes when he’s shouting me he’ll shout “Jane”, partly this makes me chuckle, because it’s funny to hear my name come out of his little mouth, the other part of me corrects him. I think it’s good that he knows my name though, if he ever gets lost then as least he can tell people his Mama is called Jane I guess.

Then there’s that phrase I hate, “Yummy Mummy”, to me this conjures up such negative images. I think Yummy Mummy is just a horrible, bland thing to call someone, I certainly don’t want to ever be an identikit, cupcake making, perfect fembot; stalking playground in perfectly ironed capri-pants, an overly white smile and a fringe which is flicked just so.

My Mum asked me a few months ago if I was a “Yummy Mummy”, I snorted and said “God I hope not”, and I think I offended her. I’d rather have a personality, an attitude and some individuality than a twee label. I think that’s the best example this particular Mama can set our small boy. It’s ok to be different. In fact in this house it’s positively encouraged! 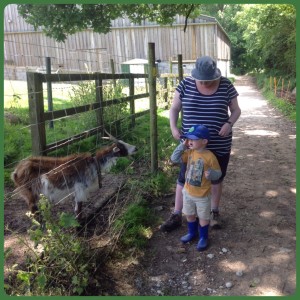