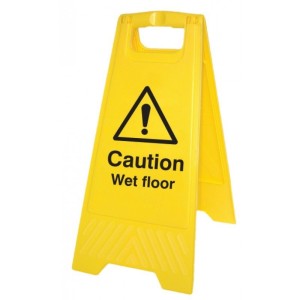 Splodge is now three years and one month old. He’s a grand lad and we have always taken things at his pace. He moved up from toddlers to pre-school in his nursery in September. Most of his fellow pre-schoolers are out of nappies and mostly dry. We’ve been getting a bit twitchy about him being behind everyone else in this regard and “helpful” friends and family have made remarks, but we were always sure we wanted to wait for him to be ready.

He’s not ready. He’s nearly there don’t get me wrong, but the Christmas holidays rolled by and it’s a time where we’ll all be at home, so it seemed like the right time to start. We’d read the books, done the theory test and when morning broke on 27th December it began.

By lunchtime we’d wet ten pairs of pants and the house was starting to whiff. Hodge was quickly dispatched to the shops to purchase more pants and some febreeze. By 2pm he was wetting himself, pulling his wet pants down and then sitting in the potty. Almost son, almost. It seems this potty training lark is all about timing.

Fed up of mopping up puddles, we headed to the swimming baths where we had a really fun 90 minutes splashing, dunking, bouncing and swimming. We got out, dried off, got dressed and headed out. We made it to reception when he did the most enormous wee I’ve ever seen, Hodge picked him up like a rugby ball and shot off to the car for a speedy change, leaving a conspicuous puddle in the reception area.

We headed home for an early night, safe in the knowledge that he’d be wearing a nappy at night and we could relax at last. Jobs a good ‘un.

When morning arrived on 28th December he toddled into our bedroom with his usual “Morning Mummy Daddy”, bleary eyed we blinked at him, wished him good morning and then started counting the spots which had appeared on him overnight. It dawned on us, he’s got the chicken pox!

Crisis talks were hastily arranged. What do we do? 24 hours in, do we stop and just let him be ill in peace? Do we carry on? What to do, what to do?

So we decided to carry on. It’s going to be a hellish couple of weeks with either chicken pox or potty training, so we’re cracking on as planned and hopefully getting two completely awful things over and done with together.

He’s not seeming terribly ill with it, he still seems perky so we’ll just crack on. Potty training wise today hasn’t been dreadful. He’s still wetting himself left, right and centre, but he’s stared giving us clues about when he needs to go, like grabbing his crotch or just wetting his pants. He’s made it to the potty a few times but just moments too late.

It’s not easy and I don’t think Splodge is going to crack it overnight, but he’s a bright lad and once he decides he wants to do something then he’ll do it and do it well. I’ll hopefully do an update post in a few days and let you know how we’re getting on. Wish us luck!

Like Loading...
This entry was posted in Parenting and tagged diapers, nappies, potty training, toilet training. Bookmark the permalink.

6 responses to “Potty Training – Part One”