How to make your own Parma Violet Gin

I don’t do much drinking at home, I like to save myself for a (now rare) night out or trip to a festival. Back in the spring I went to a Gin Festival with some good friends, my first tipple of the day was some quite expensive Parma Violet Gin and it’s been on my mind ever since. Sure, I could buy a bottle, but the Willy Wonka in me fancied making some. It’s so easy, and it’s the perfect homemade gift for a Parma Violet loving gin fan this Christmas! 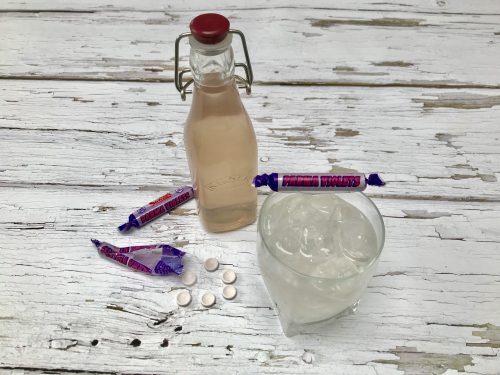 How to make Parma Violet Gin

350mls Gin, I used the cheap stuff from Aldi
6 7g packets of Parma Violets
A large jar
Coffee filters or muslin
A funnel
A nice bottle

How to make Parma Violet Gin:

The first thing I did was measure how much gin my decorative bottle would take. My bottle would hold 350mls of gin, so allowing for a little bit of wastage during the straining process, and me having a little taste, I measured out 380mls of gin and poured it into a large sterilised jar. 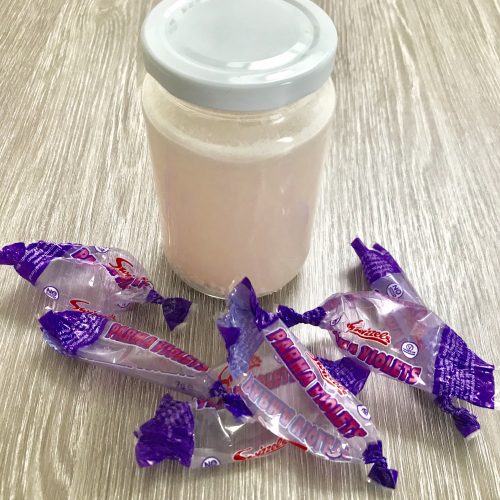 To sterilise your jars and bottles, put your clean jars in a low oven for at least half an hour. Carefully remove your jars from the oven (they will be incredibly hot) and allow them to cool down. Pour in your gin, I suggest you use a jug and a funnel for this.

Using whatever method you think best, grind up 6 packets of Parma Violets. I did this using a pestle and mortar, but a food processor or a bag and a rolling pin would work just as well. They don’t have to be super fine, but the more they’re broken up, the quicker they will dissolve.

Tip your crushed Parma Violets into the jar with the gin. Screw the lid on as tight as you can and give it a really good shake. Put it to one side, shaking the jar daily for about two weeks. A little more or a little less time in the jar won’t hurt.

In terms of measurements, if you want to make more or less of the Parma Violet Gin then you should go for a ratio of about 2 of the 7g packets of Parma Violets per 100mls.

When the time is up, take your sterilised bottle and using a funnel with some muslin or a coffee filter in it; strain the gin into the bottle. I found that it was best if I strained it twice, replacing the muslin with a new piece after the first straining. Doing this resulted in a clearer gin but didn’t seem to change the flavour much.

Once the bottle is filled, put the lid on, label it if you want and give it to your favourite gin lover.

If you liked the look of this recipe, you might also like to try baking these Parma Violet Shortbread Biscuits. 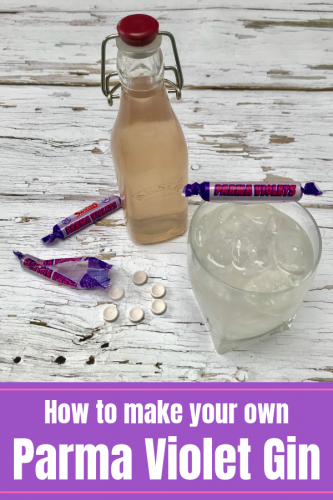 9 responses to “How to make your own Parma Violet Gin”