A couple of weeks ago there was a knock at the door and a nice young man handed me a large box, a large box of goaty goodness from St Helen’s Farm.

I’d met some nice people from St Helen’s Farm at Blog On MOSI, I’d nibbled on their samples and expressed my deep affection for goats cheese. They told me how goats milk products had been shown to be better for people with eczema; my ears immediately pricked up, I have a variety of skin problems including eczema and psoriasis, as well as that deep, almost primal yearning for goats cheese I mentioned earlier.

The hamper arrived and was immediately set upon by the small boy. Clearly he was half starved, having not eaten for at least an hour, and was soon face first in one of the yoghurts, the lovely stuffed goat toy we were sent tucked under his arm.

The following night I made tagliatelle with goats cheese and courgettes using goats butter, goats milk and goats cheese from the hamper. It was utterly delicious, not at all too “goaty” and not a scrap was left on plates. 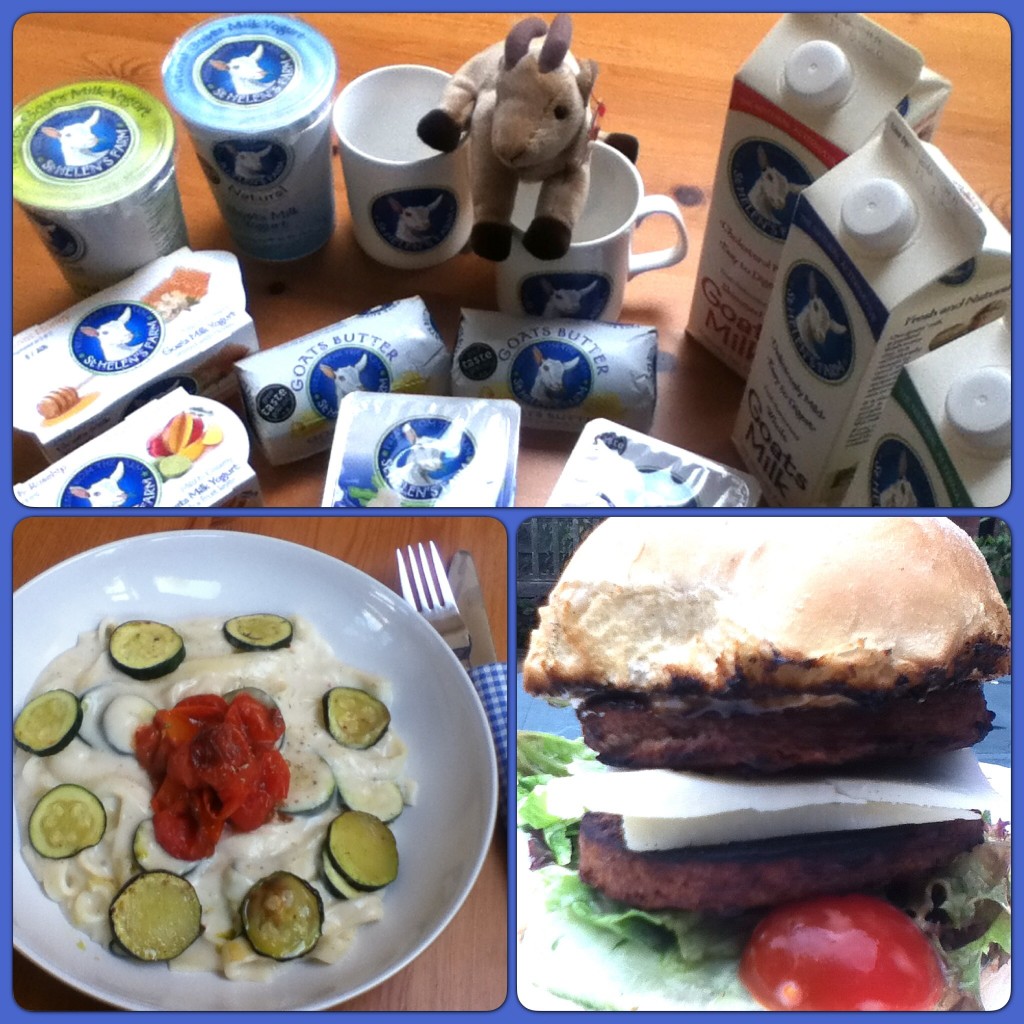 I know one of the common concerns about goats milk products is that they’ll taste of goat. We were sent skimmed, semi-skimmed and whole goats milk, I’m not a milk drinker but I tried it and it just tasted of milk. I used it in cooking and the boys had it in cereal. I’d happily give the St Helen’s farm goats milk fridge space again.

The only thing I was less keen on was the goats butter, which I found absolutely fine to cook with, but I didn’t like it on its own on toast, though the boys had no complaints.

I was really glad to have been given the chance to try pretty much the full range of goaty goodness from St Helen’s Farm. I will definitely be buying their delicious cheddar style cheeses and creamy yoghurts again. I’m pleased that they’re so easy to cook with and so delicious to eat.

Disclaimer: St Helen’s Farm sent me the hamper to try free of charge, this has not had any impact on my opinion. All words and images are mine.