This year is the 50th anniversary of the moon landings. As part of NASA’s Apollo 11 lunar mission, the first man walked on the moon on 20th July 1969. 50 years later, we are still fascinated with space. My son loves anything to do with space, and so we have many excellent books on the subject. We’ve picked out six of our favourite books about space.

Six Out Of This World Books About Space

Astronaut Academy by Steve Martin is a wonderfully fun book for aspiring astronauts. This activity book will test their ability to manage life in space, working on their hand-eye coordination and putting them through obstacle courses; building a balloon rocket, learning basic first-aid skills, how to deal with weightlessness, and doing fiddly things while wearing big gloves! The book also includes stickers, a poster, board game, press-outs, and a model space shuttle; in fact everything an astronaut needs to get started! 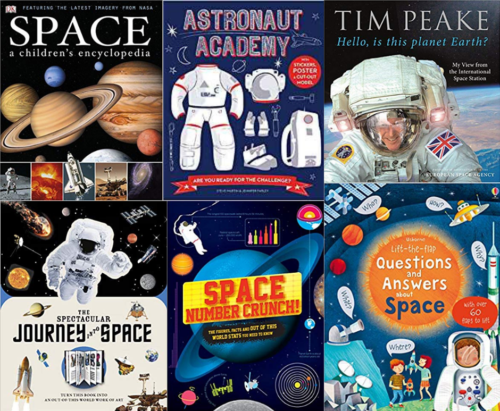 Paperscapes – The Spectacular Journey Into Space by Kevin Pettman takes a look at the wonders that can be found in space, both natural and man-made. This beautiful book is full of dye-cut images including photographs and  CGI images. It’s a lovely keepsake book, one for the whole family to enjoy and admire. You can read our review here.

Lift-the-Flap Questions and Answers About Space by Katie Daynes is a lovely book for littler ones. With over 60 flaps to lift, this delightful book answers questions such as ‘Where have people visited in space?’, ‘What’s a cosmonaut?’, ‘Why can’t I see stars in daytime’; and lots more what, where, how, why, and yes or no questions with answers beneath the flaps.

Space – A Children’s Encyclopedia by Dorling Kindersley is a really thorough encyclopedia for kids. Learn all about what living in space is like for an astronaut, take a tour around planet Earth and the moon. Then go beyond where any human has gone before; marvel at the red, rocky landscape of Mars and the truly magnificent icy rings of Saturn. Packed full of beautiful images, this book contains everything you need to know about space.

Hello, is this planet Earth?: My View from the International Space Station by Tim Peake. My son was lucky enough to meet Tim Peake and has been his biggest fan ever since. This book is a captivating collection of over 150 of Tim’s stunning photographs that he took while he was on board the International Space Station. Includes a personal commentary from Tim about his time in space.

Space Number Crunch! by Kevin Pettman covers a whole range of space related topics, from the planets and stars, the astronaut training, comets, galaxies and space agencies. It’s very much the kind of book you can dip in and out of and absolutely perfect for fact fans like my son. It’s very well put together. I like the themed pages and it means you can find the facts you want quickly. It’s probably the most informative and interesting book about space we’ve read. You can read our full review here. 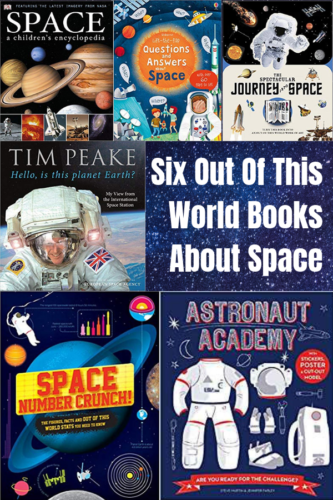 On Saturday we set off an an out of this world adventure at the Manchester Museum of Science and Industry (known locally as MSI). We were part of a small audience with astronaut Tim Peake – something the small boy was beside himself with excitement about.

Tim was there for a very special event, a trailblazer for the Manchester Science Festival. He was there to talk about his adventures on board the International Space Station. 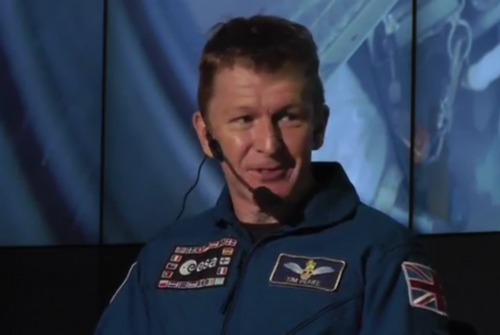 Aspiring astronauts hoping to follow in Tim’s footsteps were able to hear him speak about his experiences in orbit and quiz the spaceman on what life is really like on board a space station.

Tim returned from the six month long Principia mission in June this year. During the mission Tim carried out a spacewalk and ran the London Marathon in space. His mission has inspired thousands of British schoolchildren to learn more about space – the small boy and his class grew some “space seeds” at school which had been sent from the International Space Station, and for several months we keenly followed Tim’s adventures in space.

As you can imagine, the room was filled with school children excited to see their astro-hero, the interviewers did a fine job of asking him about his adventures in space, illustrated for the most part by photographs which Tim had taken. 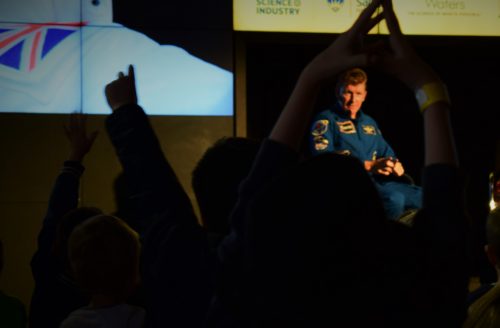 After the fascinating interview (which was live streamed if you want to watch it for yourself) the audience of children were given the chance to ask Tim questions. There were some really good questions, but the one about space toilets really stuck with me. Apparently 90% of the urine is recycled into drinking water, with the remaining 10% being bagged up and disposed of in the trash. 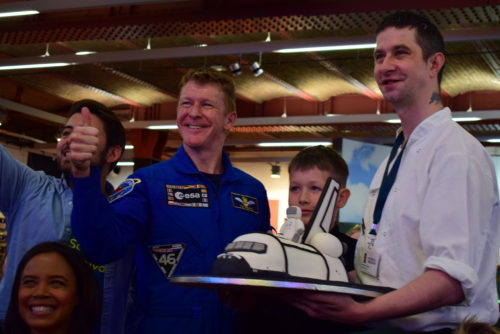 As an adult I was incredibly excited to be in the same room as Tim Peake, but the small boy, who is just 5 years old has now met someone who is a real hero. He will remember this day for the rest of his life, and I hope he will be inspired, if not to go into space, but at least shoot for the stars. As Tim says, there’s no direct route to being an astronaut, but working hard and having fun are a big part of the journey.

The small boy had managed to bag himself a front row seat for this audience with British Astronaut Tim. You can watch a short video of our morning below –

Manchester Science Festival 2016 marks the end of the city’s year-long role as European City of Science, and runs throughout half-term from Monday 20 October – Sunday 30 October.

You can read my preview of the Manchester Science Festival here. 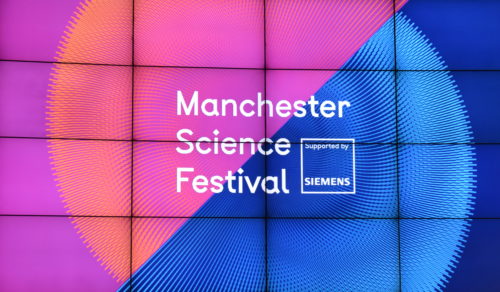 For more information and full event listings for the Manchester Science Festival 2016 visit their website.