I am more happy than you can imagine that the summer holidays are here. Sure, it means more work for me, juggling my job and child care, but it’s so nice to be able to just hang out with my boy for the summer and just do nice things. I’ve been thinking about some things we can do together and as a family over the summer. This blog post will serve as an informal plan for us and a summer bucket list of suggestions we can pick and choose from. Having a list of options is always a useful thing, especially when you’re stuck for inspiration or ideas. 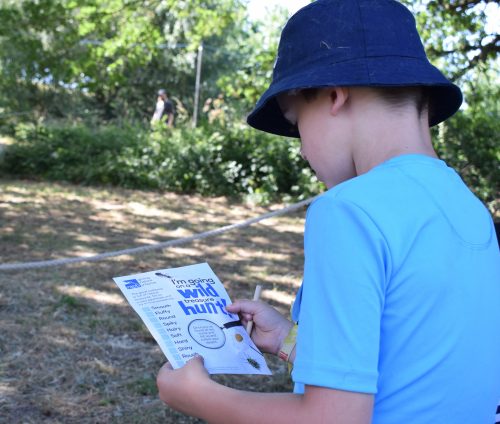 We’ve got some day trips planned; a holiday to Devon and our annual jaunt to Just So Festival to look forward to, so here is our summer bucket list for 2018.

⇒ Visit Manchester Museum and look at the frogs
⇒ Visit and explore Ordsall Hall in Salford
⇒ Go crabbing and have fish and chips in Appledore in Devon
⇒ Visit Tintagel Castle and find out more about King Arthur
⇒ Fill the paddling pool with gelli baff and have a paddling pool party
⇒ Visit Launceston Castle in Cornwall
⇒ Visit Tamar Otter and Wildlife Centre in Devon
⇒ Go back to Wild Discovery at Ribby Hall in Lancashire
⇒ Go glamping in a yurt in the Lake District
⇒ Take part in the dog show at the Woolsery Agricultural Show
⇒ Go to the playground in the park and have a picnic
⇒ Visit Westward Ho! and see if the shipwrecks are still visible
⇒ Sing around the Just So Campfire
⇒ Visit the Gweek Seal Sanctury in Cornwall
⇒ Go on some treasure hunts using a Treasure Trail maps
⇒ Visit the castle fort in the park in Bideford in Devon
⇒ Count the stars at night, when camping at The Just So Festival
⇒ Rest, read and reconnect
⇒ Visit Elizabeth Gaskell’s House in Manchester for family fun
⇒ Bake and decorate cakes for our nice neighbours
⇒ Join the Tribal Tournament at The Just So Festival (we are buzzing!)

What are you going to get up to this summer? What’s on your summer bucket list? 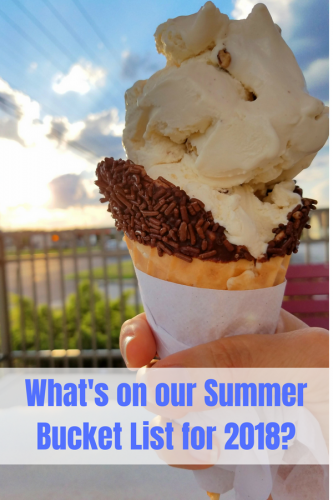 I was speaking to a teacher this morning who excitedly told me there were “seven more sleeps” until the school holidays begin, this is a number which fills me with terror and excitement in equal measure. It may seem like a long time to fill with activities, but I think those six weeks will go in the blink of an eye. I asked him last night what he wanted to do over the holidays and together we came up with a summer bucket list of sorts.

We have some sketchy plans for the six weeks our six year old son will be off school and out of routine. I want him to relax, have fun and enjoy being six. We also want to really work hard on getting him ready for the big leap into Year 2, so lots of reading, some work books and lots of counting in twos, fives and tens.

During the school holidays we are going on holiday in North Devon (right on the Cornish border) and there’s lots to do there. We will be going to the Just So Festival in August and Ben and I will be leaving Daddy and the dog at home and going to Ribby Hall for five days. In between we have trips out and fun things planned, plus plenty of rest days at home so we can chill out and get bored.

⇒ Build sandcastles on the beach in Devon
⇒ Sleep lots (Ben’s suggestion)
⇒ Visit Ben’s cousins in Devon
⇒ Go to the playground in the park
⇒ Visit Westward Ho! and see if the shipwrecks are still visible
⇒ Go crabbing and have fish and chips in Appledore
⇒ Visit the Sealife Centre at Weymouth
⇒ Have lunch at the River Cottage Canteen in Axminster
⇒ Go on some treasure hunts using Treasure Trails maps
⇒ Visit the castle fort in the park in Bideford
⇒ Go fossil hunting in Lyme Regis
⇒ Count the stars at night, when camping at The Just So Festival
⇒ Go for a dip in the Bude Pool
⇒ Sing around the Just So Campfire
⇒ Visit Elizabeth Gaskell’s House in Manchester
⇒ Feed the animals at Wild Discovery at Ribby Hall
⇒ Bake and decorate cakes for our nice neighbours
⇒ Build a bug hotel for our garden
⇒ Have a Cornish pasty picnic on the beach
⇒ Join the Tribal Tournament at The Just So Festival (we are buzzing!) 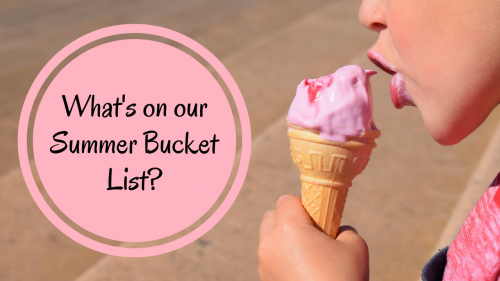 Check back at the end of the summer to see how we got on!

I say summer, it’s mid-July and we’ve seen precious little sign of the sun, or indeed the ‘not rain’ we tend to associate with the summer months. I am not at all hopeful that the next couple of months will be wall to wall sunshine. I’d like some sun and some warmth at least. I’m not a sun worshipper, but I do like a lazy evening in a warm beer garden. Plus it’s great to see the boy and his friends splashing about in a paddling pool to cool off.

Summer, where art thou?

After school today I sat down with the boy for a serious chat about our summer holiday plans. He didn’t take it especially seriously and came up with this plan for the summer holidays…

I put a little more thought into it, based on what we had planned already and what I think we would like to do during our time off together and came up with this…

There. It’s as simple or as complicated as that. It’s a loose plan but most of it is achievable. It doesn’t all require sunshine, but it would be nice if it could be arranged. I’ll let you know how we get on. 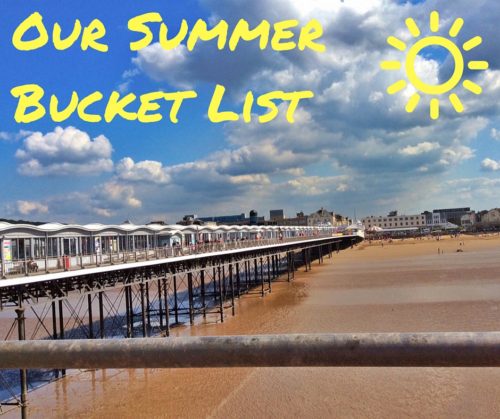