During Chinese New Year children are traditionally given red envelopes, or red packets containing money as a gift. The red envelopes are a symbol of good luck and the amount of money in your Chinese New Year Red Envelopes should end with an even number; though it’s important that the money should not be given in fours, or the number four should not appear in the amount, such as in 40, 400 and 444.

2019 is the Chinese Year of the Pig. Chinese New Year falls on 5th February and in Manchester there are already plans afoot for a parade and celebrations across Chinatown and beyond. Chinese New Year is a glorious, colourful celebration in what I think is the gloomiest month of the year. 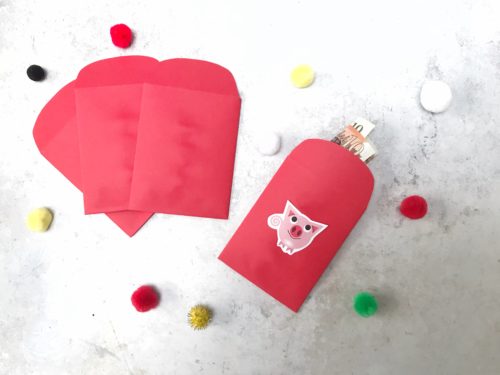 To celebrate Chinese New Year, I’ve created this simple template to make your own Chinese Red Envelopes. You can decorate your envelope however you like; perhaps with some Chinese writing, or with gold glitter. I’ve kept it simple by creating a sheet with all the animals of the Chinese Zodiac so you can print them out and stick them to the envelopes. 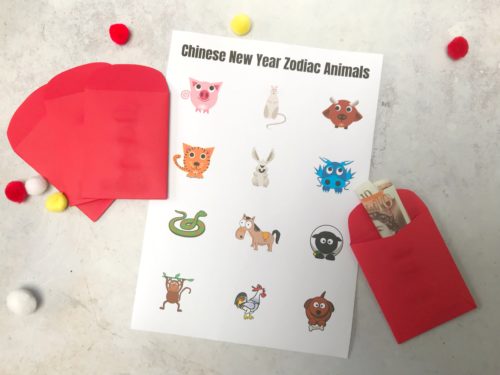 Make your own Chinese Red Envelopes

How to make your Chinese Red Envelopes:

Print your envelope templates out on red paper. Using a pair of scissors cut around the template.

Fold along the lines of the template and using the Bostik Fine & Wide Glu Pen, fold the two side flaps into the centre and glue them together. Fold the bottom flap up and glue that into place. Put your envelope under a book or something which will keep it flat while the glue dries. 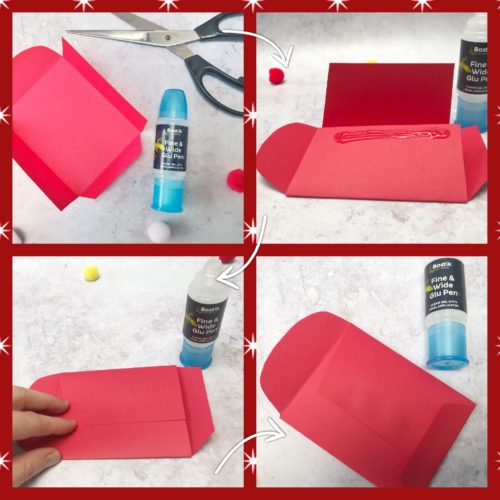 Once the glue is dry, cut out your Chinese Zodiac animal and glue that into place, slip some money into the envelope, tuck the top flap inside and it’s ready to gift for Chinese New Year.

Remember, you can decorate your Chinese New Year Red Envelopes however you want. My calligraphy isn’t great, but if yours is you could try your hand at writing some Chinese characters on the envelope. Gold glitter would also make this envelope look fabulous.

Here are some more Chinese New Year Crafts you might enjoy – 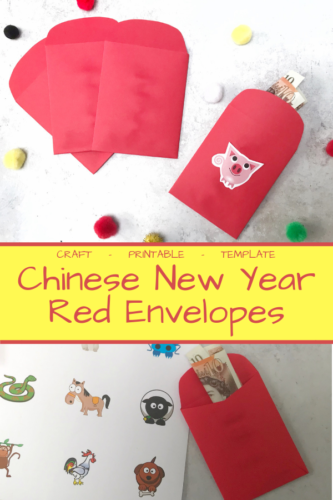