Puddings at Christmas time can be a bit on the heavy side. All that booze soaked fruit and extra thick cream can get a bit much, plus if you’re feeding the whole family, Christmas pudding is not a universally popular choice. What is always, always popular is jelly. Last Christmas I made a mulled apple cider jelly, but this year I’ve decided to make a jelly that everyone family can enjoy – cranberry and pomegranate jelly!

The really good thing about this jelly is that it’s one my whole family can enjoy together – it’s vegetarian which means we can all tuck in. It’s made with Dr Oetker Vege Gel which is incredibly easy to use and it sets quite quickly too. 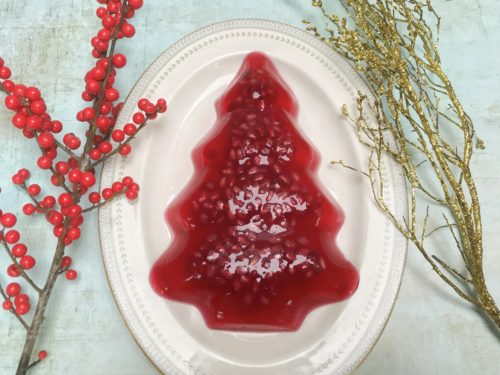 The jelly is made with cranberry juice and a tub of pomegranate seeds. You can leave the seeds out if you prefer, but I set the jelly in a Christmas tree mould and the seeds made it look really festive, like it is full of little glittery red baubles.

How to make Cranberry and Pomegranate Jelly:

Take about 200mls of the cranberry juice and stir the Vege Gel into it, make sure all the powder dissolves.

Add the sugar and bring the remainder of the cranberry juice to the boil, once it’s boiling, add your 200mls of juice and Vege Gel into the pan and stir, stir, stir. Tip your tub of pomegranate seeds into the juice mixture and give it a quick stir, then it’s ready for the mould.

Make sure you have your mould or moulds ready for your jelly as it will start to set really quite quickly. I used a Christmas tree shaped mould, but you could use some pretty glass dishes if you prefer.

Pour your jelly carefully into your serving dishes and put them in the fridge until it’s set properly. This took about two hours, but if you can it is probably worth leaving the jelly overnight in the fridge.

I turned my jelly mould out onto a serving plate, be careful when you do this so not to break the jelly. Serve with good vanilla ice cream or a blob of whipped cream. 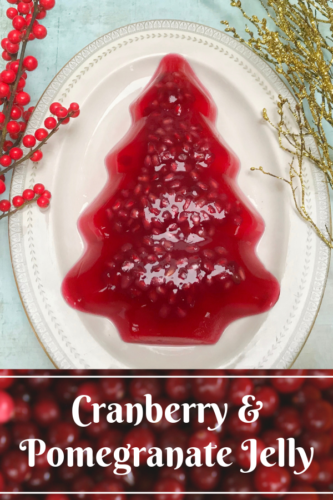 At Christmas time I can’t get enough of mulled drinks. Mulled wine is a favourite but a few years ago I tried Mulled Cider and my head was turned. I’m more likely to drink Mulled Cider at home and it’s such a delicious and warming drink, it really sings Christmas to me.

When I mull at home, I usually use a ready-made spice sachet, usually one from Steenbergs because I can’t fault them. This Christmas I’ve been using the Spices for Spiced Cider and Apple Juice and they’ve really hit the spot. All you do is warm through a litre of cider or apple juice, tip one of the sachets in and after a few minutes it’s ready. 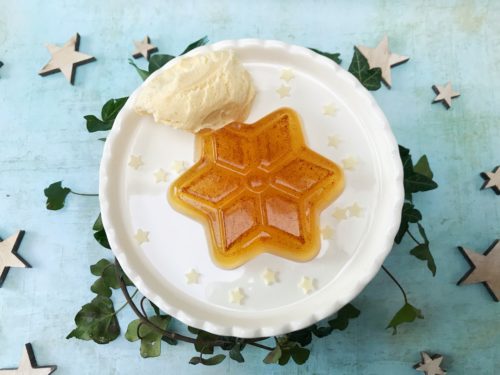 Sometimes, and this is not very often, I mull too much cider and I’ll have some left. Sure, I could heat it up again later, but I fancied making something different with it. I thought I’d make some Mulled Cider Jellies. It turns out they make a really interesting, different and delicious festive dessert. You could make them just as well with apple juice if you’re serving them to children or people who don’t drink alcohol. This recipe makes 4 good-sized jellies. 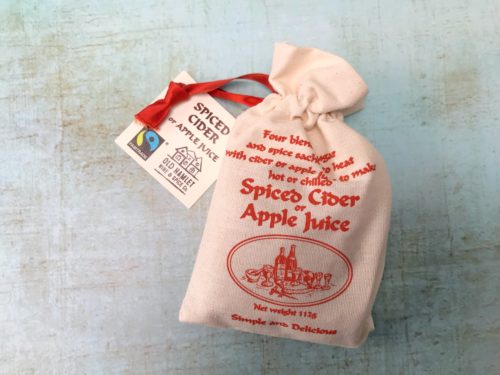 How to make Mulled Cider Jellies:

Take about 200mls of your cooled mulled cider and stir the Vege Gel into it, make sure all the powder dissolves.

Add the sugar and bring the remainder of the cider to the boil, once it’s boiling, add your 200mls of cider and Vege Gel into the pan and stir, stir, stir. 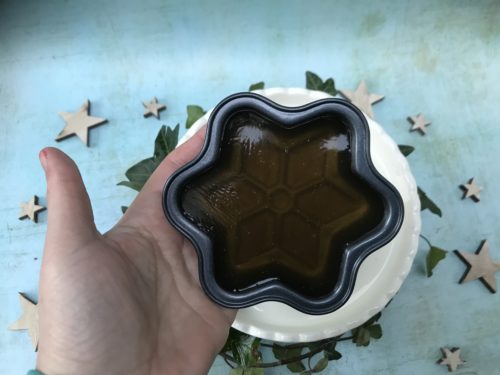 Make sure you have your moulds ready for your jelly as it will start to set really quite quickly. I used some small glass pyrex dishes and also a metal cake mould in the shape of a star. You could make one big jelly if you prefer.

Pour your jelly carefully into your serving dishes and put them in the fridge until it’s set properly. This took about two hours, but if you can it is probably worth leaving the jelly overnight in the fridge.

I turned my jelly mould out onto a serving plate, be careful when you do this so not to break the jelly.

Be careful if you’re turning your jelly out of the moulds, I tried to move my jelly and ended up breaking a little piece off the corner which I then covered with ice cream, so it was all fine in the end.

It’s such a pretty little pudding, easy to do and something a bit different at Christmas. 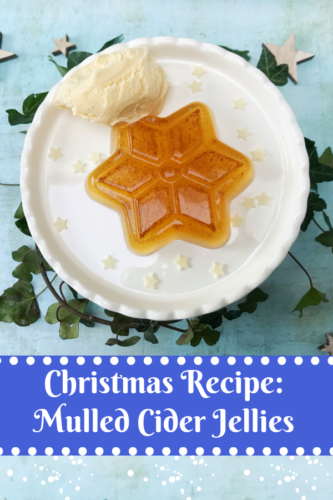 I was sent some mulled cider spice by Steenbergs and decided to use in in this recipe. I have not been compensated for this post. 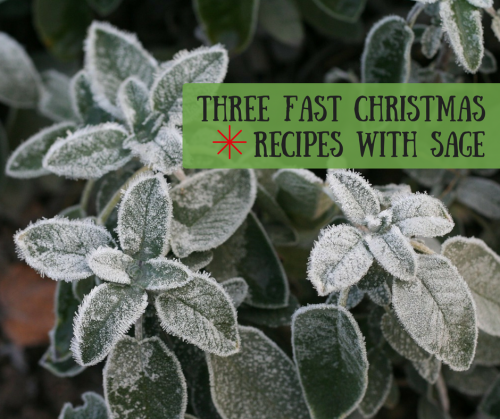